Feel free to rag on the non-mission blue La-z-Boy defiling the room. There’s a tear in the back that I mean to ironically patch with duct tape. 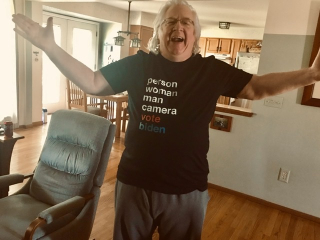 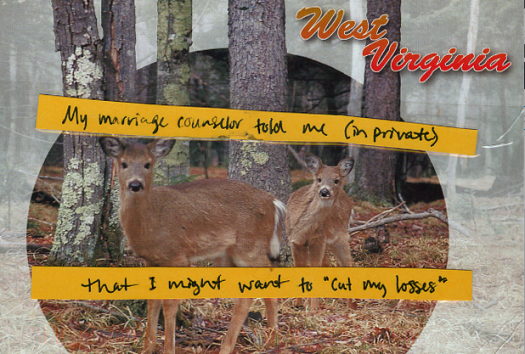 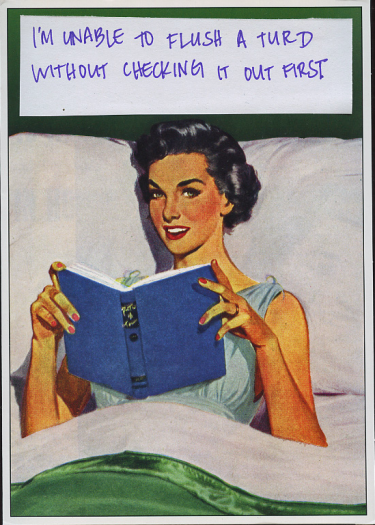 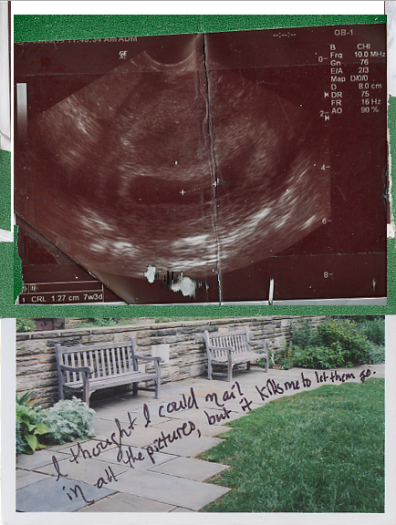 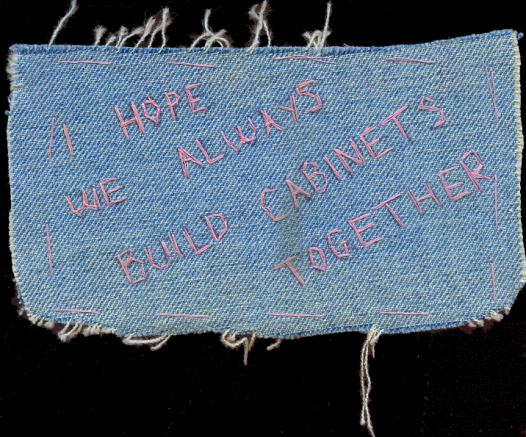 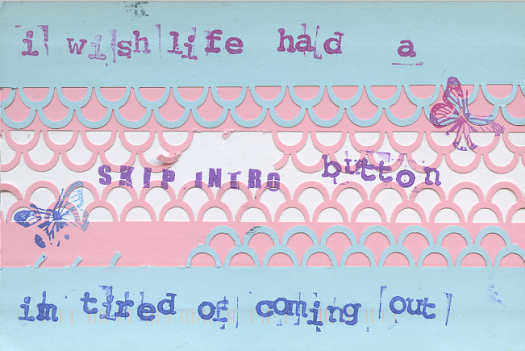 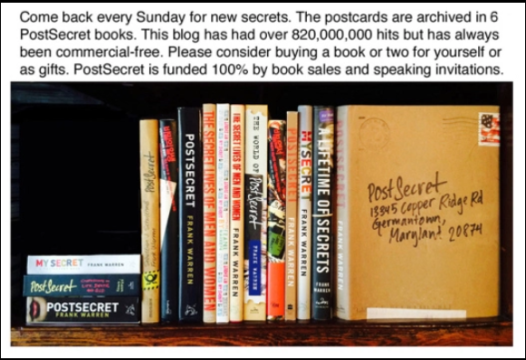 accidentallydomesticated this smoothie’s for you. accidentallydomesticated this smoothie’s for you.

Prilosec is one of many over-the-counter and prescription medicines that may result in B12 deficiency with overuse, claims a new study. (photo: Clean Wal-Mart)

There are millions of Americans who regularly take prescription proton pump inhibitor (PPI) medications to treat heartburn and ulcers, but researchers claim to have found a link between prolonged use of these drugs and a vitamin deficiency that could increase the risk of dementia, nerve damage, anemia, and other medical complications.

Some of the popular brands of PPI include Prevacid (Lansoprazole), Nexium (Esomeprazole), AcipHex (Rabeprazole), and Prilosec (Omeprazole). These and other PPI meds are responsible for nearly 160 million prescriptions a year in the U.S. alone. Some of these drugs are sold in both over-the-counter and prescription strengths.

According to the report, published in the Journal of the American Medical Association by Kaiser Permanente researchers, it’s not some chemical in these drugs that is directly resulting in B12 deficiency. Rather, it’s the fact that stomach acids aid in the absorption of B12 and the repeated suppression of these acids means the body may be getting less B12 than it would without the meds.

Researchers looked at records for thousands of patients, both with and without B12 deficiency to determine if patients who had taken PPIs regularly for at least two years had increased odds of being vitamin B12 deficient.

“Patients who took PPI medications for more than two years had a 65% increase in their risk of B12 deficiency,” says researcher and gastroenterologist Dr. Douglas A. Corley. “Higher doses also were associated with an increased risk, compared with lower doses.”

In fact, the study found that higher doses of PPI meds nearly doubled the odds of being B12-deficient.

The researchers also looked at the odds of B12 deficiency for a related class of medications, histamine-2-receptor agonists, known as H2RAs that are widely available as over-the-counter meds. Some of the more popular brands are Pepcid (Famotidine), and Zantac (Ranitidine).

Prolonged H2RA use showed an increased risk of about 25%, according to the study, which is significant but much less than demonstrated by the PPI results.

“This research raises the question of whether people who are taking acid-depressing medications long term should be screened for vitamin B12 deficiency,” adds Dr. Corley. “It’s a relatively simple blood test, and vitamin supplements are an effective way of managing the vitamin deficiency, if it is found.”

If you have been taking these medications for a long period of time, there probably isn’t any harm in talking to your doctor to see whether you should be tested for B12 deficiency. Patients don’t need to choose between stomach discomfort and vitamin B12, but they should at least know if they’re getting enough of it before it’s too late. "Get away from my lamp! It’s fra-gee-lay! And put that gun down. You’ll shoot your eye out!" This almost made me forget what a pain in the ass puppies are.

They only survive by cuteness, because every other part of pupphood is seriously THE WORST.

aqibrehman: She texted me: “Your adorable.” I replied: “No. YOU’RE adorable.” Now she thinks I like...

She texted me: “Your adorable.”

Now she thinks I like her. All I did was point out her typo.

sckrpnch: How to properly Love someone: 1. Buy them pizza 2. Touch their butt GPOY Thursday...

How to properly Love someone: Last day to get a Gulpo decal! Why Is Potentially Lethal Contraceptive NuvaRing Still on the Market?

Vanity Fair writer-at-large Marie Brenner investigates the birth-control device NuvaRing, which has allegedly caused blood clots in thousands of its users. As NuvaRing’s manufacturer, Merck, which made $623 million in NuvaRing sales in 2012, is facing roughly 3,500 lawsuits against it, Brenner asks why, despite evidence of serious risk, this potentially lethal contraceptive remains on the market.

Would a young woman use NuvaRing, Brenner asks, if she knew that the F.D.A. had determined that there was a 56 percent increased risk of blood clots when it was compared with birth-control pills using earlier forms of progestin? Karen Langhart, the mother of Erika Langhart, a 24-year-old who died of a pulmonary embolism on Thanksgiving Day 2011 after using NuvaRing for approximately four years, tells Brenner, “I want to warn every mother and every daughter: do not use the product that killed my child.”

ugh are you kidding me?  I finally find a hormonal birth control that doesn’t make me vomit and it’s gonna fucking kill me?  jesus christ.

The reasoning behind environmental advocacy group 350 Action's proposal is as follows: before 2005, the name Katrina was quite popular for baby girls. After 2005, the name has seen a massive decrease in popularity, with similar phenomena happening to the names Hugo and Sandy. Instead of unfairly stigmatizing people who have been stuck with these names prior to Mother Nature Adolfing the crap out of them, why not name the storms after the people who indirectly help create them? The petition currently has 92,300 signatures; could the gulf coast be staring down Hurricane Michelle Bachmann in the coming years? Possibly.

Would you be in favor of naming catastrophic storms after climate change deniers?

le-kif-kif: The truth in Kanye’s anti-prison rap The backdrop... The truth in Kanye’s anti-prison rap

The backdrop to Kanye West’s “Saturday Night Live” performance was a lie. Projected behind the rapper, as he let loose with two rage-filled and politically fueled tracks, were the words “Not For Sale.”

Yeezy wouldn’t have graced the set if he wasn’t hawking a soon-to-be released LP. But his incendiary performance was peppered with damning truths: Angry and pointed condemnations of institutional racism and the prison industrial complex, which disproportionately jails young men of color to fill state budget holes and enrich private corporations.

In the final verse of “New Slaves,” a track released Friday with the coordinated projection of a video on 66 buildings worldwide, and the second performance in his “SNL” set, West raps:

Condensed and reduced to flow in rhyming verse, West’s lyrics smack of the conspiratorial. But he is correct: The War on Drugs, abetted by and fueling the private prison industry, currently serves to incarcerate hundreds of thousands of black men in the United States, who provide dirt-cheap labor. Various industries — from call centers to weapons manufacturers to retail companies — rely on prison labor. Private prisons pay inmate workers as little as 25 cents an hour; prisoners who refuse to work are regularly held in isolation. These are the de facto “new slaves” of the prison industrial complex. The CCA (the Corrections Corp of America) is one of two major private prison corporations (along with the GEO Group) that share in a market worth $70 billion.

And West’s implication that the CCA and the DEA are “tryn’a” lock up black people, leaving racist intentionality aside, is supported by troubling statistics. While the entire U.S. population is only 13.6 percent black, 40 percent of its vast prison population (over 2.5 million) is black. In 2010, black males were incarcerated at the rate of 4,347 inmates per 100,000 U.S. residents of the same race and gender, compared to 678 inmates per 100,000 for white males. The disparities are striking, especially when the majority of those held in U.S. prisons are guilty of minor drug offenses. This brings us to Kanye’s reference to the DEA.

[W]ith an eye toward increasing its bottom line, CCA has floated a proposal to prison officials in 48 states offering to buy and manage public prisons at a substantial cost savings to the states. In exchange, and here’s the kicker, the prisons would have to contain at least 1,000 beds and states would have agree to maintain a 90 percent occupancy rate in the privately run prisons for at least 20 years. The problem with this scenario, as Roger Werholtz, former Kansas secretary of corrections, recognizes is that while states may be tempted by the quick infusion of cash, they “would be obligated to maintain these (occupancy) rates and subtle pressure would be applied to make sentencing laws more severe with a clear intent to drive up the population.” Unfortunately, that’s exactly what has happened. Among the laws aimed at increasing the prison population and growing the profit margins of special interest corporations like CCA are three-strike laws (mandating sentences of 25 years to life for multiple felony convictions) and “truth-in-sentencing” legislation (mandating that those sentenced to prison serve most or all of their time).

Or, as Yeezy put it: “See that’s that private owned prison/Get your piece today.”

Poked2x likes this
No more posts. Check out what's trending.