All of Mugshots.com’s alleged co-owners arrested on extortion charges

Two alleged owners of Mugshots.com—Sahar Sarid and Thomas Keesee—have been arrested in south Florida on a recently issued California warrant. The notorious website publishes mugshots and then demands payment for their removal.

On Wednesday, the attorney general of California brought criminal charges against not only Sarid and Keesee, but also Kishore Vidya Bhavnanie and David Usdan. The quartet has been charged with extortion, money laundering, and identity theft.

Bhavnanie was arraigned by a Pennsylvania state judge also on Wednesday—his bail was reportedly set at $1.86 million. According to Tania Mercado, a spokeswoman for the California Attorney General's office, Usdan is also in custody.

What does Finn Jones have to say about negative Iron Fist reviews so far? What is the projected opening weekend box office for Guardians of the Galaxy Vol. 2 as of now? Is there a Punisher announcement coming from Netflix tomorrow? Want to see the new outfit being worn by The Tick? Who is playing Artemis in Wonder Woman? All that and more in this edition of Superhero Bits.

Marvel fans think this post on the Daredevil Facebook page could be a tease for a Punisher announcement tomorrow.

WWE wrestling star Cody Rhodes will be coming back to Arrow this season as as the villainous Derek Sampson.

The video game YouTube channel Up Up Down Down reveals that Firestorm will be playable in Injustice 2.

Yes, of course Guardians of the Galaxy Vol. 2 will have a scene after the credits, because that’s what Marvel does.

IGN debuted a new banner for Netflix’s Iron Fist series with the cast and a little Avengers tower cameo in the back.

Deadpool creator Rob Liefeld gave his seal of approval to the casting of Zazie Beetz as Domino in Deadpool 2.

This fall, Superman will have a miserable, rotten, no fun, really bad day, thanks to a MAD Magazine parody book.

Guardians of the Galaxy Vol. 2 is projected to rake in $160 million for its opening weekend when it debuts in May.

Due to the amount of graphics and images included in Superhero Bits, we have to split this post over THREE pages. Click the link above to continue to the next page of Superhero Bits.

Thieves saw through bike-racks, cover the cuts with tape, wait for bikes to be locked to them PC Mark McKay, a police officer in Camberwell, London, tweeted this warning to locals to beware of bike racks that thieves have sawn through and camouflaged with gaffer tape; once the bikes are locked up, the thieves return, remove the tape, and make off with the bikes. (more…)

A Day in the Life of Brian Flynn of Hybrid Design

Everyone’s days look different and Brian Flynn is proof of that. The San Francisco-based creative heads Hybrid Design with his wife Dora Drimalas where they work with such clients as Nike, FRS, and TEDGlobal. But that’s not all. This busy duo also runs Hybrid Home, where Dora creates designer home goods, and Super7, a company that cranks out awesome vinyl toy collectibles, all under the same roof. Want to see how they make the magic happen? Follow along with Brian’s alter ego, a muppet version of himself made by Sean Johnson at Swazzle, as he tackles a day in his life in this month’s Designer Dailies.

Bond with Staff through Suffering

A Quiet Moment with the Mohawk Maker Quarterly

Moss lovers rejoice! On a recent trip to the United Kingdom, I discovered my favorite new home and design TV show: Gadget Man. The BBC 4 program gives host Richard Ayoade (Moss from the hilarious IT Crowd) access to the weirdest, coolest and most innovative home technologies, and he tests them out in real life situations like painting a room, designing a nursery, or going camping. Good news, you can watch it too — and you definitely need to. 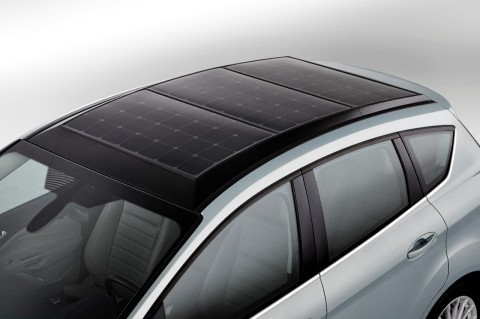 Not shown: the giant lens that makes this all worthwhile.
Ford

The efficiency of solar panels and electric drivetrains has reached the point where the Sun can easily send cars across Australia. But fully solar-powered vehicles involve a lot of compromises in terms of performance, carrying capacity, and driver comfort. Such vehicles are not something you could use for your daily commute, while commuter cars simply don't have enough surface area to host the panels it would take to run them. But Ford has come up with some clever compromises that will let solar panels partially power one of its concept cars.

The design is based on its C-MAX Energi plug-in hybrid, which has enough battery capacity to cut into its use of an internal combustion engine on shorter trips. The result is a car that the EPA rates at roughly 100MPG. To that, Ford has added an array of solar panels on the roof, enough to generate about 300W of power—nice, but not enough to fully recharge the car's batteries during the daytime.

To get there, Ford added an additional part: a canopy you park the car under. The roof of the canopy is a Fresnel lens, a compact, thin lens that can be manufactured out of inexpensive and light materials; in this case, Ford will use acrylics. The lens will focus light from a broad area onto the roof of the C-MAX Solar Energi, boosting the amount of power it generates. 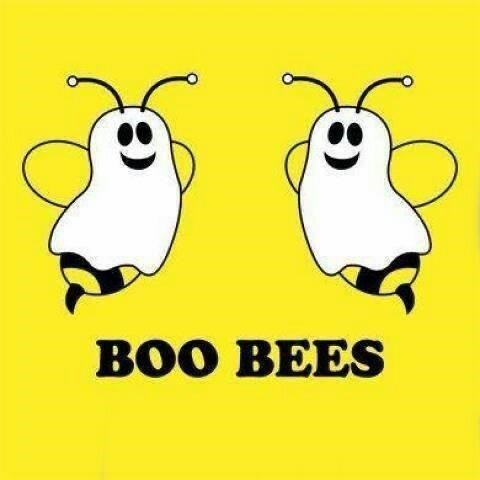 Looking for a cozy spot to lounge in the great outdoors? The Cacoon Hanging Chair was made just for that. Hang it from a tree in your yard or take it when you go camping and you have a suspended tent-like space to chill out in. Decide if you want to relax alone in a single or with another person in the double, either way it’s the perfect hanging outdoor oasis.

The minimalist design is constructed with weatherproof fabric to resist the elements and it’s also sturdy – it has been tested to hold 200kg or 440lbs. Available in five colors, including Chili Red, Sky Blue, Leaf Green, Mango Orange, and Natural White. You can order a single or double version.

P.S. You can even sleep in them!

You can buy your very own here.

by Urbanist
[ By WebUrbanist in Art & Street Art & Graffiti. ] Brad Downey is familiar with both sides of the art world, with a fine arts degree and gallery exhibitions, on the one hand, and run-ins with the authorities about his sometimes-unsanctioned street art on the other. His work is harder to describe that it is to simply see, since it is often in the most public places you could imagine (or documented via extensive photography) – erupting from sidewalks, disrupting bicycle lanes or literally ripping up cobbled streets Per the pictures, sometimes these installations transpose ideas and objects from other contexts, but they also frequently warp existing everyday objects like bicycles, cars, signs, benches, shopping carts and garbage cans. Sometimes he works alone – sometimes collaboratively. Some of his pieces are stand-alones and one-offs while others form sets, like Wedging (shown above), which is a series of experiments of balance and obstruction in alleys with ordinary household items. He has had run-ins with police while working in cities ranging from London to Amsterdam, on both art and guerrilla marketing projects performed in that gray area of public and possible vandalism.

baron, mkvande and 5 others like this
No more posts. Check out what's trending.