Helsinki, Finland. A place best-known for islands, forts and Linux pioneer Linus Torvalds, has made the news as the official home of Europe’s first bitcoin ATM.

Earlier this month, Swedish bitcoin exchange Safello announced that it would deploy the first bitcoin ATM in downtown Stockholm.

However, it appears that Finland beat them to the punch, which is hardly surprising, given the long rivalry between the Scandinavian nations.

According to Finnish exchange Bittiraha, who run the back-end systems, the machine has been installed in a record store at the Helsinki Railway Station.

Of course, this is not the first bitcoin ATM in Europe, as similar units have been deployed in Sweden and Slovakia, but this appears to be the first permanent ATM in Europe.

The railway station is one of the busiest spots in the city: an estimated 200,000 people walk through the lobby every day. The record store, Levykauppa Ax, has a habit of experimenting with new marketing techniques.

Some might argue that the decision to install a bitcoin ATM is just another publicity stunt. Levykauppa Ax commercial director Jyri Lipponen said:

“Actually, we aren’t sure about anything when it comes to bitcoin, but we most definitely want to participate in anything which could shake up the traditional foundations of society.”

The company also says it is looking into bitcoin integration for its e-commerce platform. The ATM will allow customers to make purchases in bitcoin and to buy bitcoins for cash in the store.

The ATM is, of course, a Lamassu unit. The company shipped its first bitcoin ATMs back in October, but these were destined for the US market.

The second batch, which was scheduled to ship in late November, included 25 units.

Lamassu CEO Zach Harvey told CoinDesk that the company is accepting orders for its third production run, which is scheduled to ship in the first quarter of 2014.

Hamish Niven A small sampling of the pictures you will find on... A small sampling of the pictures you will find on hamishNIVENPhotography, a tumblr that includes a mix of his personal and commercial photographs. Check it out!

Happy Thanksgiving to my American readers!!

Here are some turkeys for the occasion.

Carlos Wavel, Martin Schwendtner and 5 others like this
29 Nov 20:36

no-puppy-eyes: The Skies of Skyrim ★

The Skies of Skyrim ★ 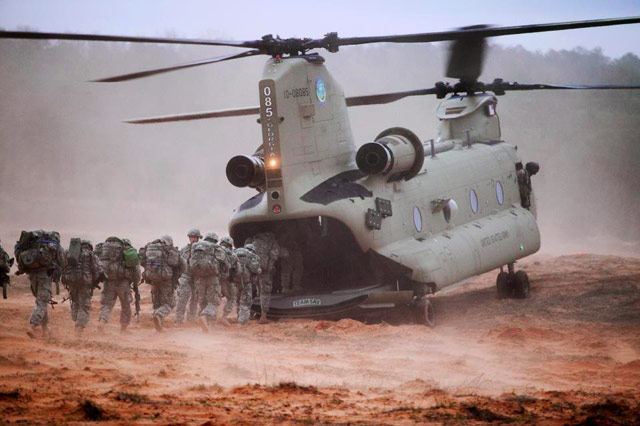 Scheming boxes and this hungry helicopter are neck and neck for the greatest example of pareidolia (aka faces in things).

Tags: pareidolia
Jess, frcoinminer and 5 others like this
29 Nov 20:35

A Guide to Happiness: Alain de Botton Shows How Six Great Philosophers Can Change Your Life

Alain de Botton is a not a philosopher’s philosopher. This means that his work is given little consideration inside academia. It also means that he speaks to many, many more people—ordinary people hungry for humanist ideas about living—than his peers. In his six-part video series, Philosophy: A Guide to Happiness, de Botton tells us that he’d always looked to philosophy as a discipline that “has wise things to say about everyday worries…. Philosophy promised something that might sound a little naïve, but was in fact rather profound: A way to learn to be happy.” I’m still not sure if this sounds more naïve or profound, but de Botton’s videos, each nearly 25 minutes long, concern thinkers who surely knew the difference. Each video also functions as a travelogue of sorts, as de Botton visits the cities that produced the thinkers, and tries to square their histories with the modern world around the relics.

Above, de Botton discusses Roman stoic philosopher and tragedian Seneca. An advisor to Nero, Seneca’s life may have been happy, at times, but it was hardly restrained. In any case, he had something to teach us about the futility of anger, and he was also, like de Botton, a great popularizer of other people’s ideas. Seneca characterized anger as a rational response that nonetheless relies on false premises, namely that we have more control over our circumstances than we actually do, and that our optimism about outcomes is unfounded and sets us up with unrealistic expectations. De Botton has before professed an affinity for the tragic view, and Seneca’s horribly bloody works, which inspired the Elizabethan genre known as “Revenge Tragedy,” are particularly grotesque explorations of anger. But perhaps it is those who most clearly see the pernicious effects of an emotion, or lack of it, who understand it best.

Take Arthur Schopenhauer, whom de Botton consults as his authority on love. Like Seneca, Schopenhauer seems very much at odds with much of his philosophical writing on love and compassion. His essay “On Women” earned him a permanent reputation as a misogynist, deserved or not. He’s rumored to have had a violent temper and wrote approvingly of keeping one’s distance from the mass of people, most of whom annoyed him disproportionately. Schopenhauer also famously wrote that it would have been preferable not to have been born at all, a position of extreme misanthropy known as antinatalism.

But there are other aspects of Schopenhauer’s romantic life to discuss, both its early successes and later failures. “Nothing in life,” says de Botton, “is more important than love for Schopenhauer.” Even with all of its pains of rejection, romantic love, Schopenhauer wrote in The World as Will and Representation, “is more important than all other aims in man’s life; and therefore it is quite worthy of the profound seriousness with which everyone pursues it.”

Another popular British philosophical thinker, John Gray, has a very different take on the great German pessimist, calling his philosophy “more subversive of humanist hopes than any other.” But de Botton’s technique seems in many ways calculated as a mild subversion of expectation, choosing as he does such contradictory, and often very solitary figures.

One solitary thinker who occupies a treasured place in the library of every humanist is Michel de Montaigne, the genial French essayist who invented the literary term essai, and who some might say also perfected the form. Montaigne has always struck me as the happiest of men, even in, or especially in his long stretches of solitude, punctuated by conscientious public service (despite his lifelong painful kidney stones). While both Schopenhauer and Montaigne engaged in lengthy self-examination, Montaigne seems to have genuinely liked himself and others. He treats himself in his writings as an old and honest friend with whom one can be perfectly candid without any fear of reprisal. This is perhaps why de Botton chose him to illustrate self-esteem.

Montaigne comes from a tradition much friendlier to philosophy as memoir (he invented the tradition). And so, in this age of the memoir, he has seen a great resurgence. In 2011, at least three popular books on Montaigne came out, one titled How to Live and another subtitled Montaigne and Being in Touch With Life. Of all the six philosophers de Botton surveys in his series, which also includes Nietzsche, Epicurus, and Socrates, Montaigne would seem the most complimentary to de Botton’s casual, personal approach to philosophy, which seeks not to dig new ground nor discover distant countries but to confront the vexing human questions that meet us always at home.

Josh Jones is a writer and musician based in Durham, NC. Follow him at @jdmagness

A Guide to Happiness: Alain de Botton Shows How Six Great Philosophers Can Change Your Life is a post from: Open Culture. You can follow Open Culture on Facebook, Twitter, Google Plus and by Email.

Beccy and Austin Craig (@LifeOnBitcoin) have been filming their lives for the first three months of their marriage while they live on Bitcoin for a documentary.  Provo Utah’s KSL5 TV news reporter Jed Boal (@JedBoal) interviews them.  Excerpts:

"The Craigs will test the principal of currency when they begin roadtripping across the county Saturday. ”I am nervous about food,’ Beccy said. ‘As soon as we leave Utah County, we are starting over, we don’t have food.’"
-
"During their travel, the Craigs expect to discover more businesses using Bitcoin, and they’ll continue to negotiate with those that don’t. When they return home, the Craigs plan to end their experiment of living only on bitcoins.  ’I am super excited to go back to good old American currency, just for its convenience,’ Beccy said. But, the Craigs said they believe in Bitcoin and plan to make it part of their financial future."