Items Invented to Make Eating in a Car Easy

Eating fast food while sitting in your car is kind of sad, but I still do it. When you're in the middle of nowhere and starving, it's often the only option, with ubiquitous burger joints having COVID-closed dining areas and offering drive-thru only.

Unsurprisingly, there's a category of objects designed to ease in-car dining. For starters, this plastic object mates the shape of your cupholder with a French fry container: 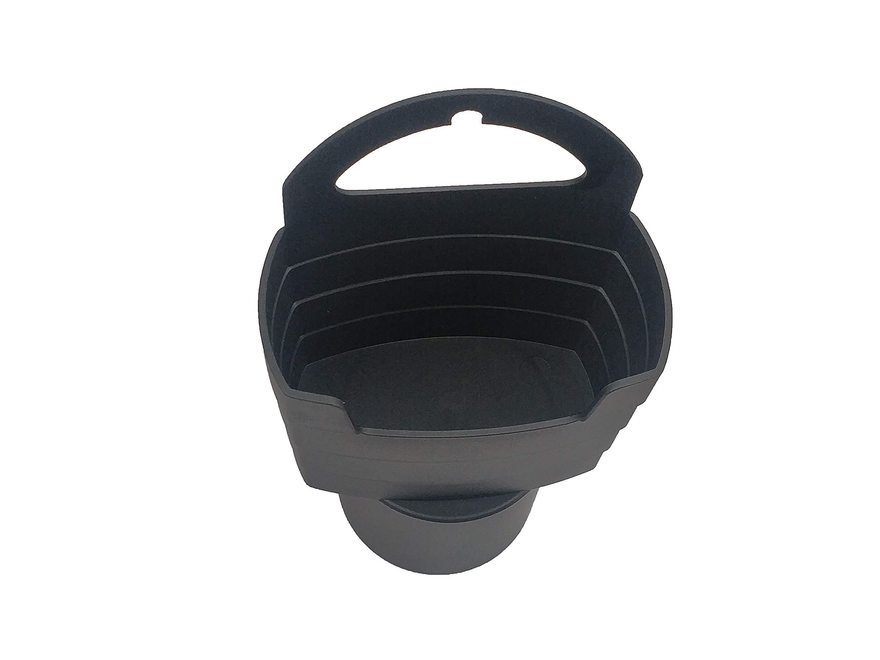 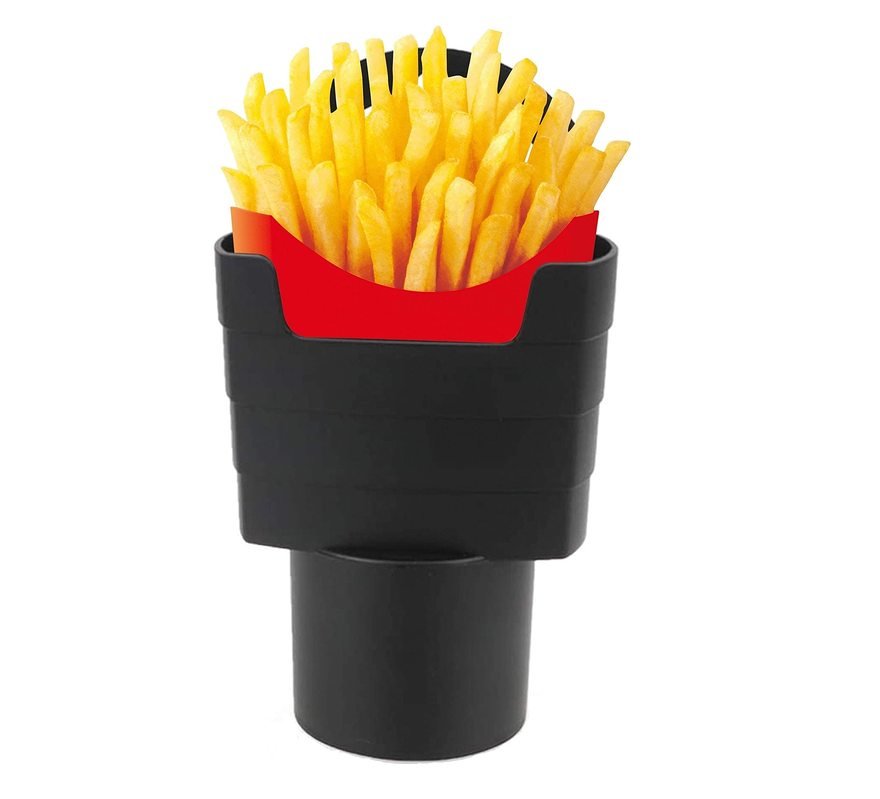 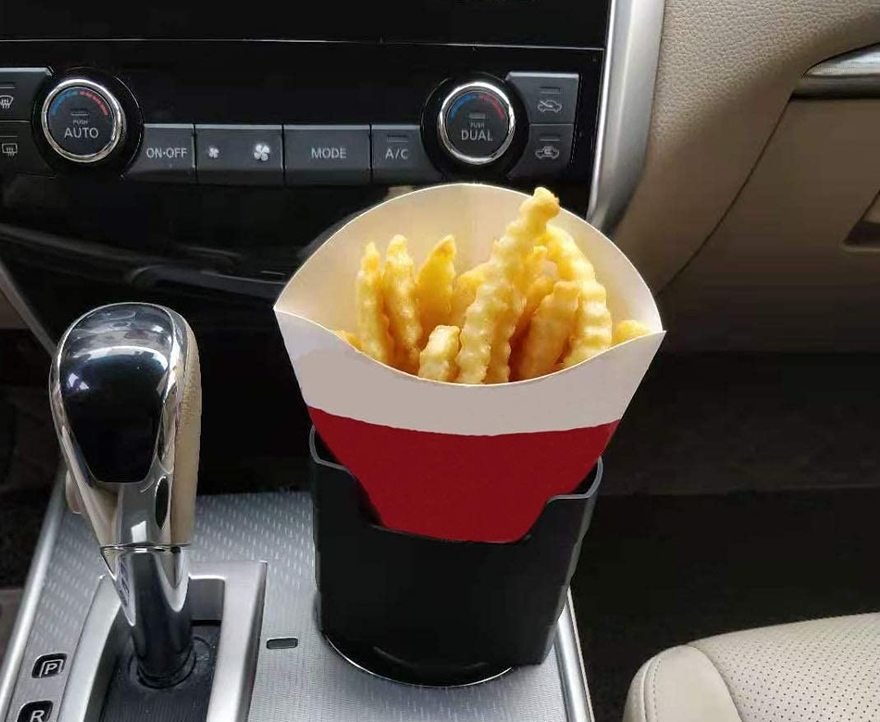 This "universal mount" dipping sauce holder attaches to your car's vents, and is designed to hold containers of different shapes from various fast-food chains: 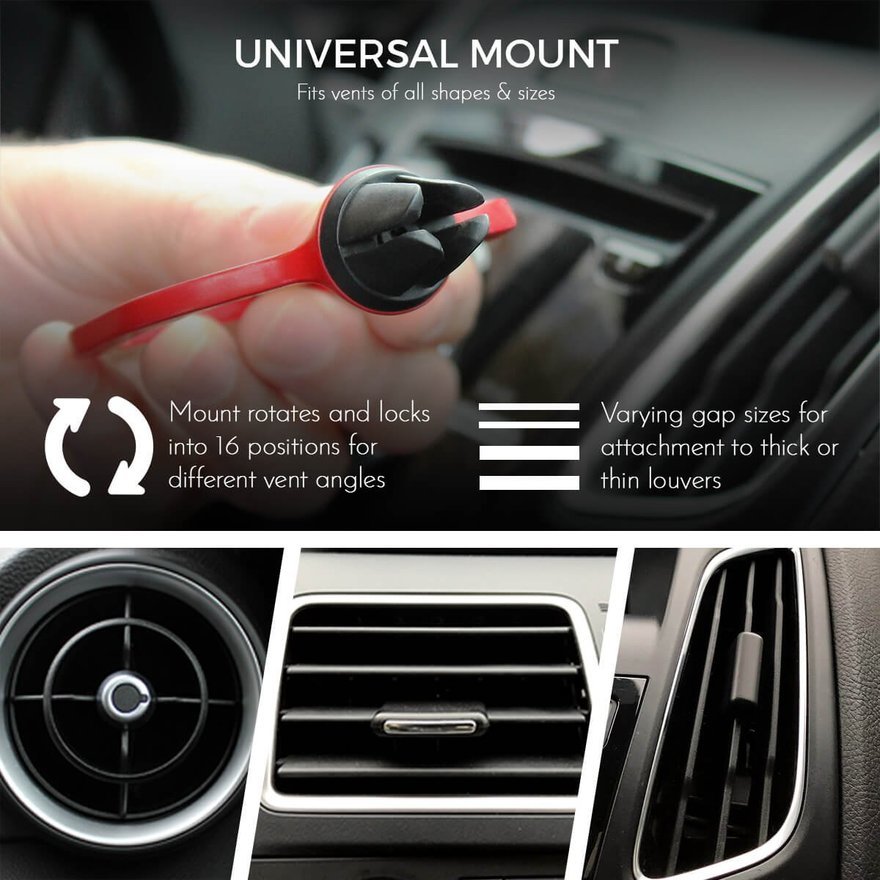 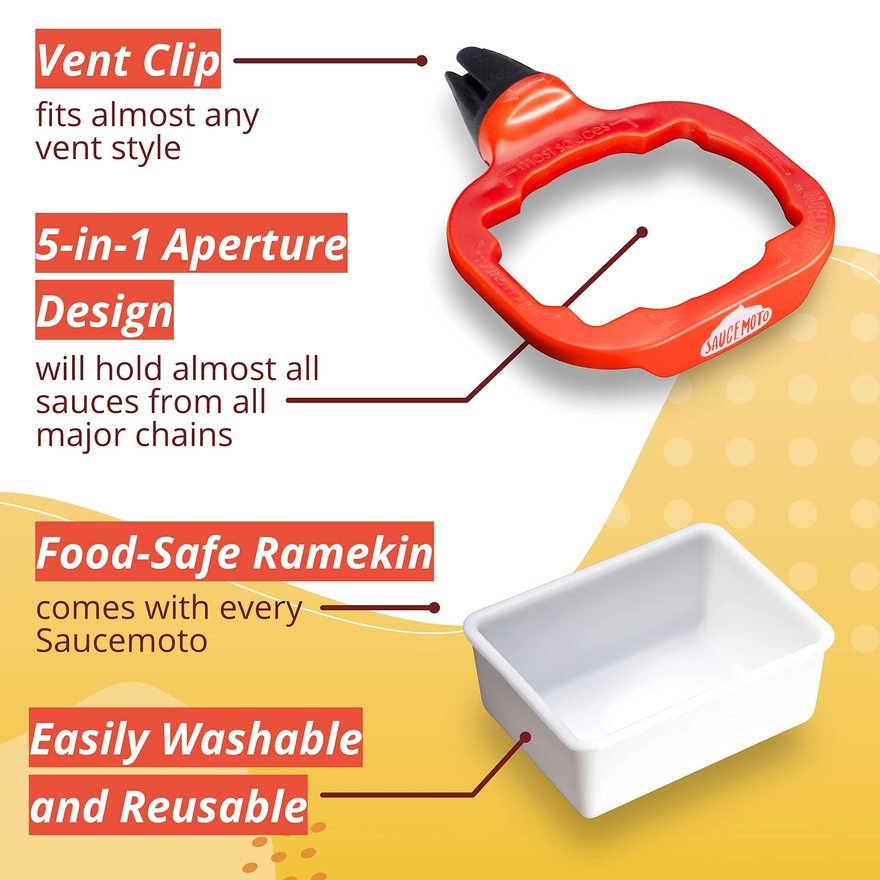 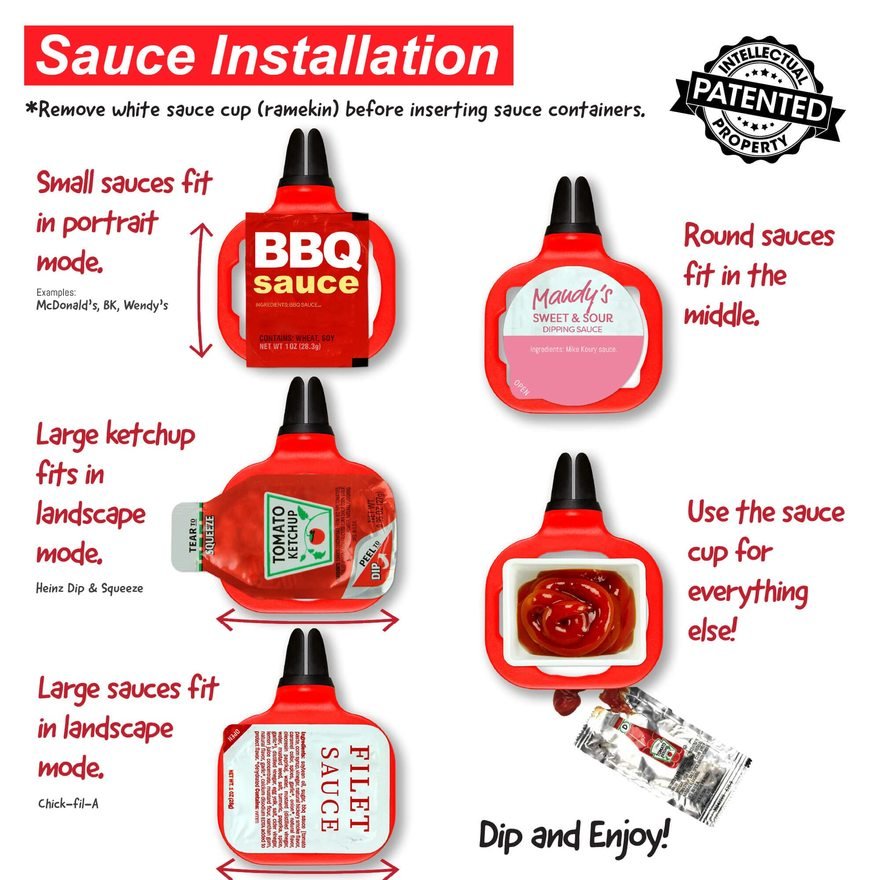 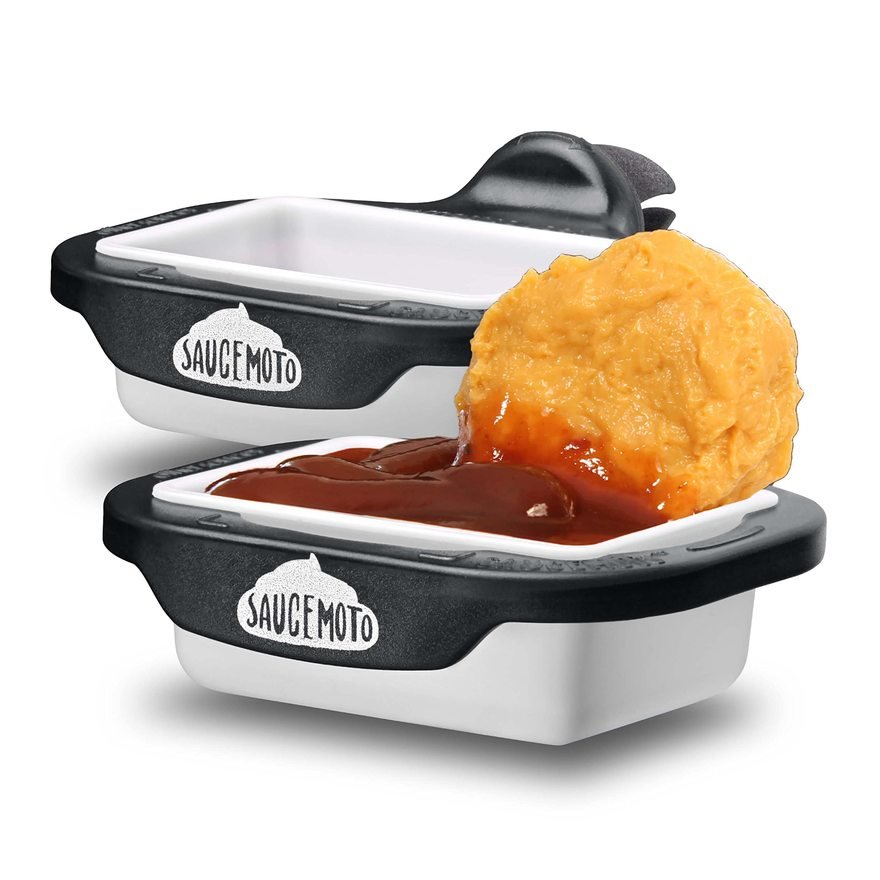 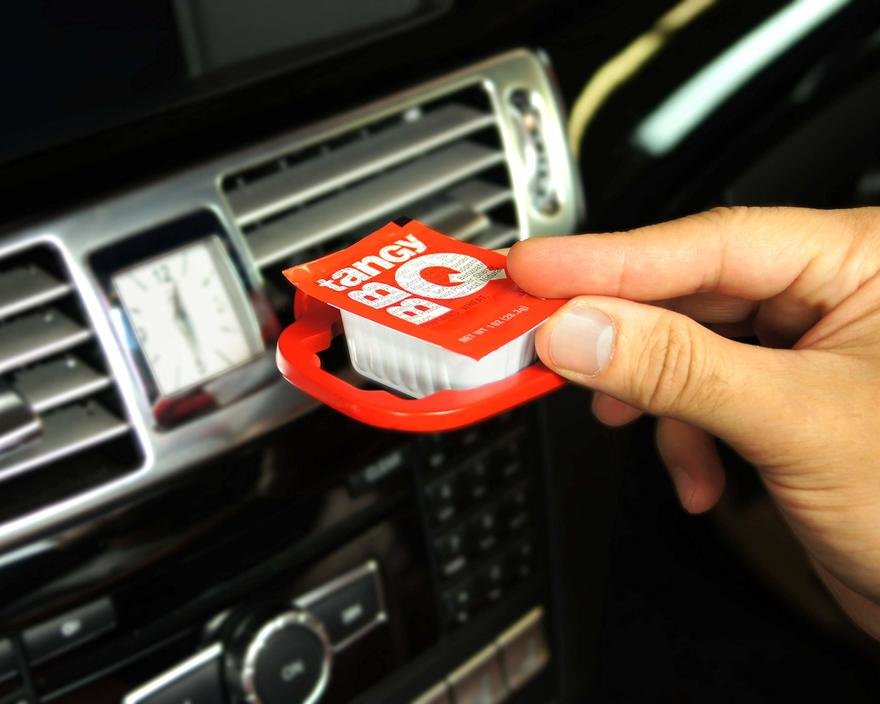 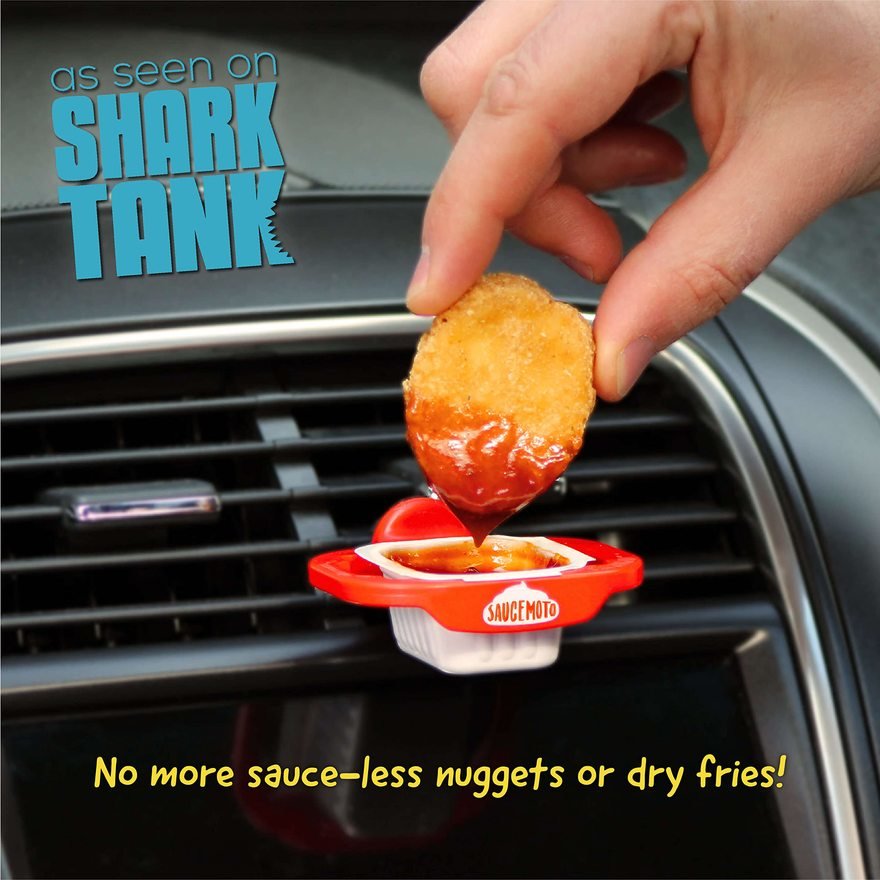 This cupholder-mounted tray ratchets up the sadness by providing a smartphone mount, so you can watch superhero movies while you silently munch saturated fats: 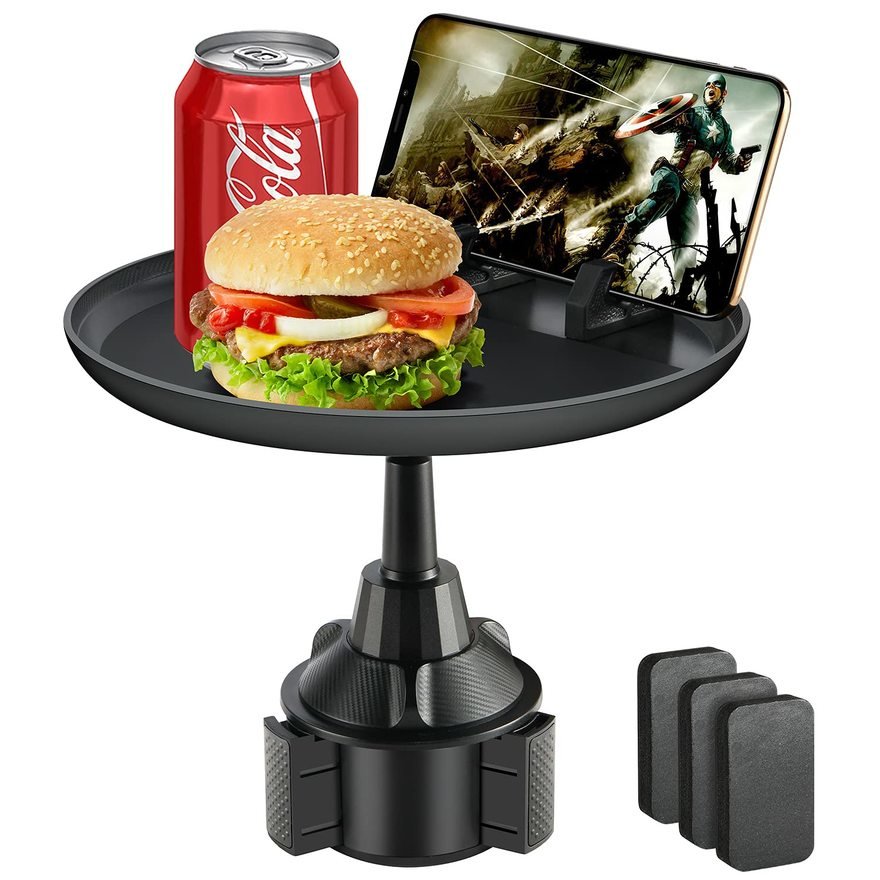 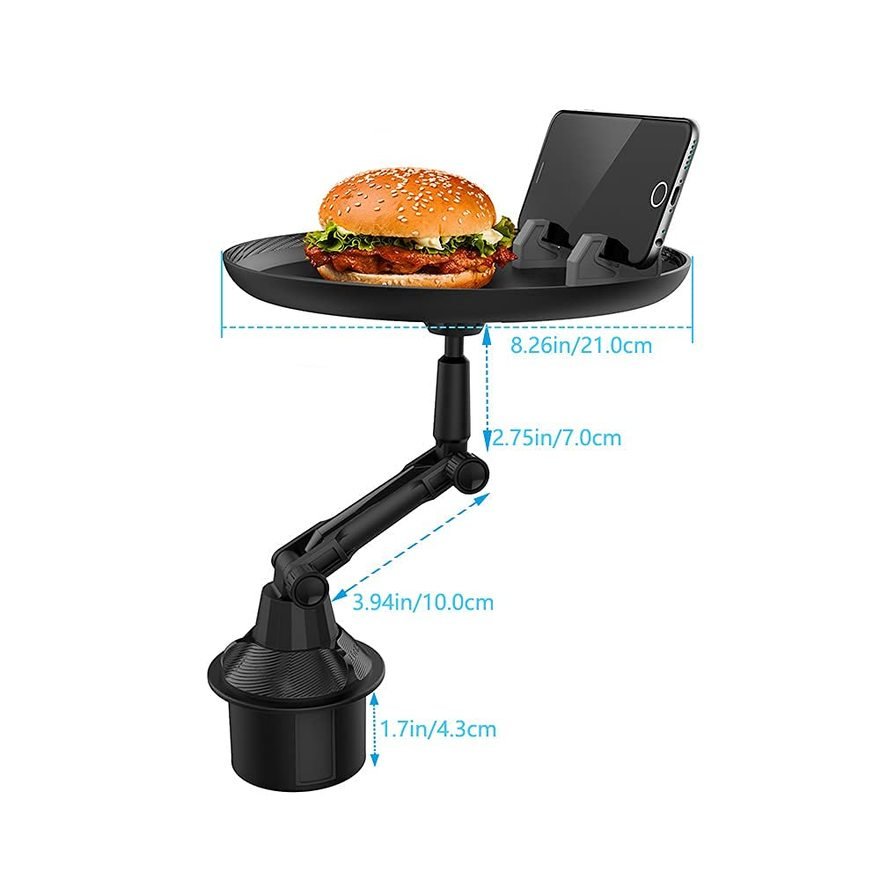 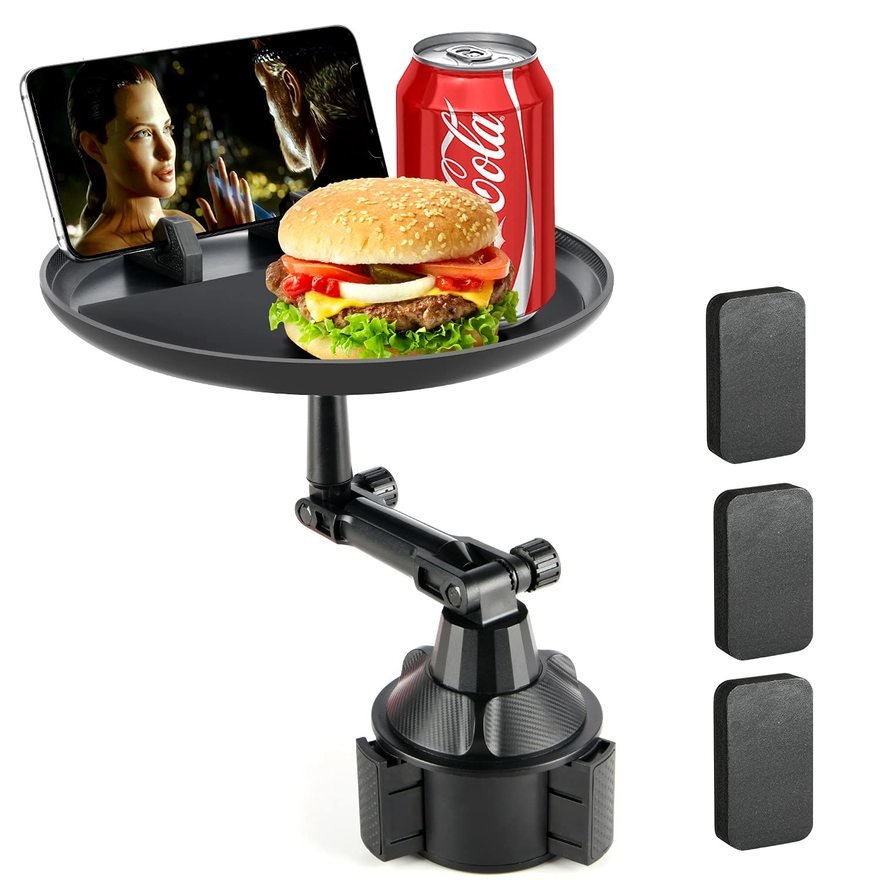 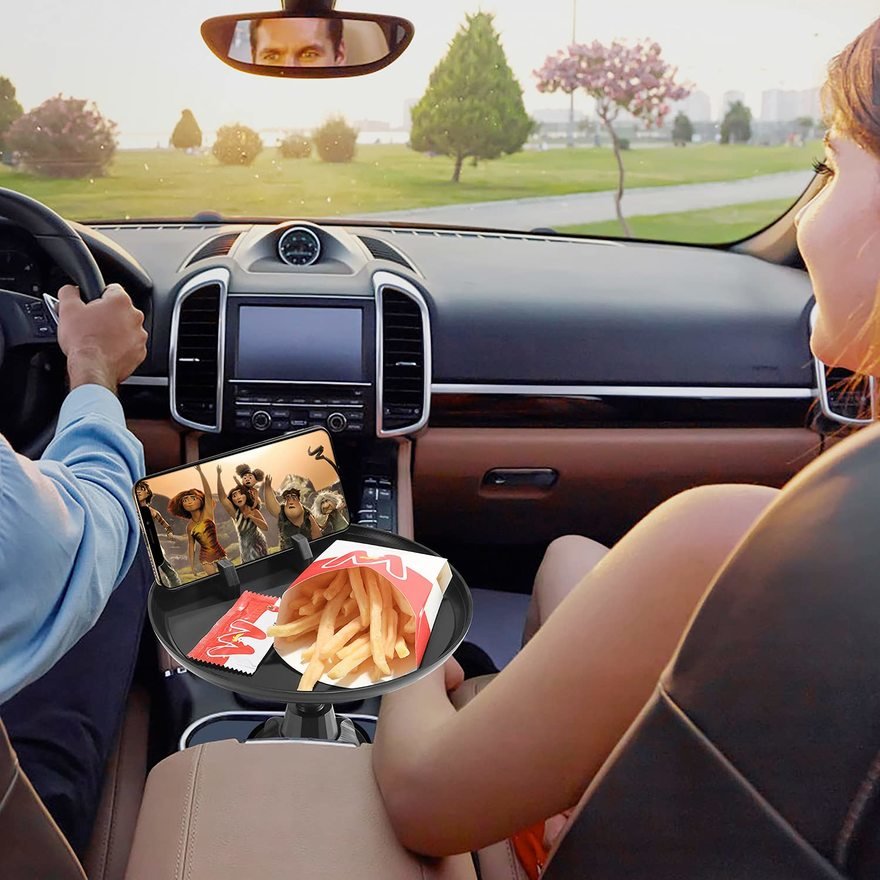 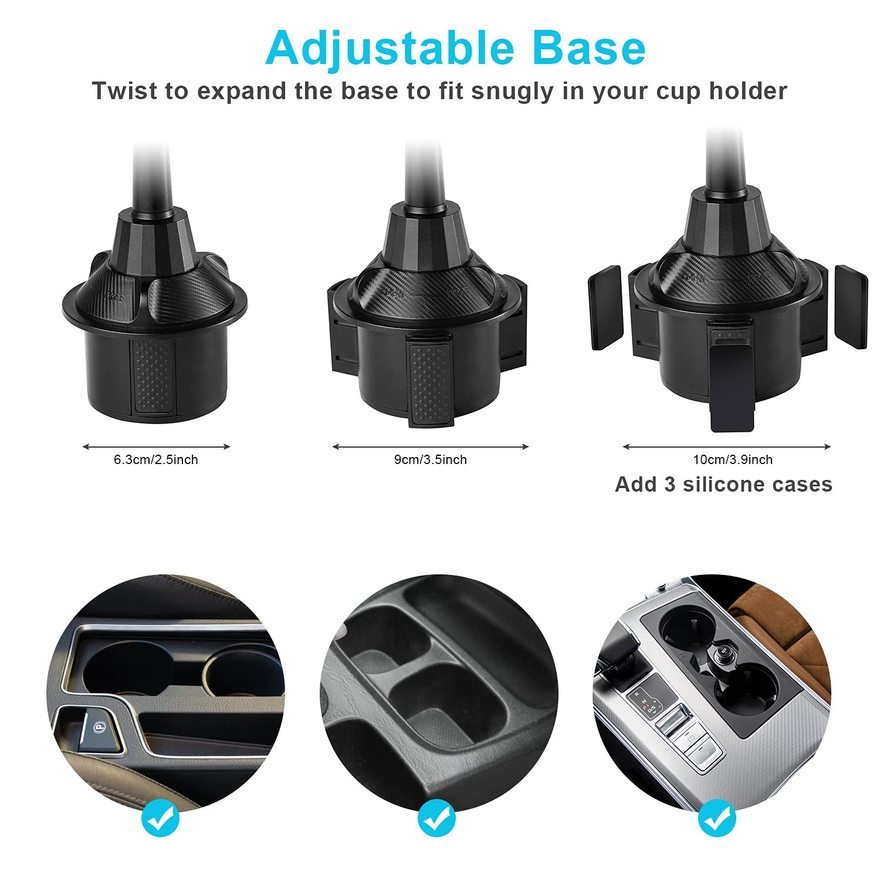 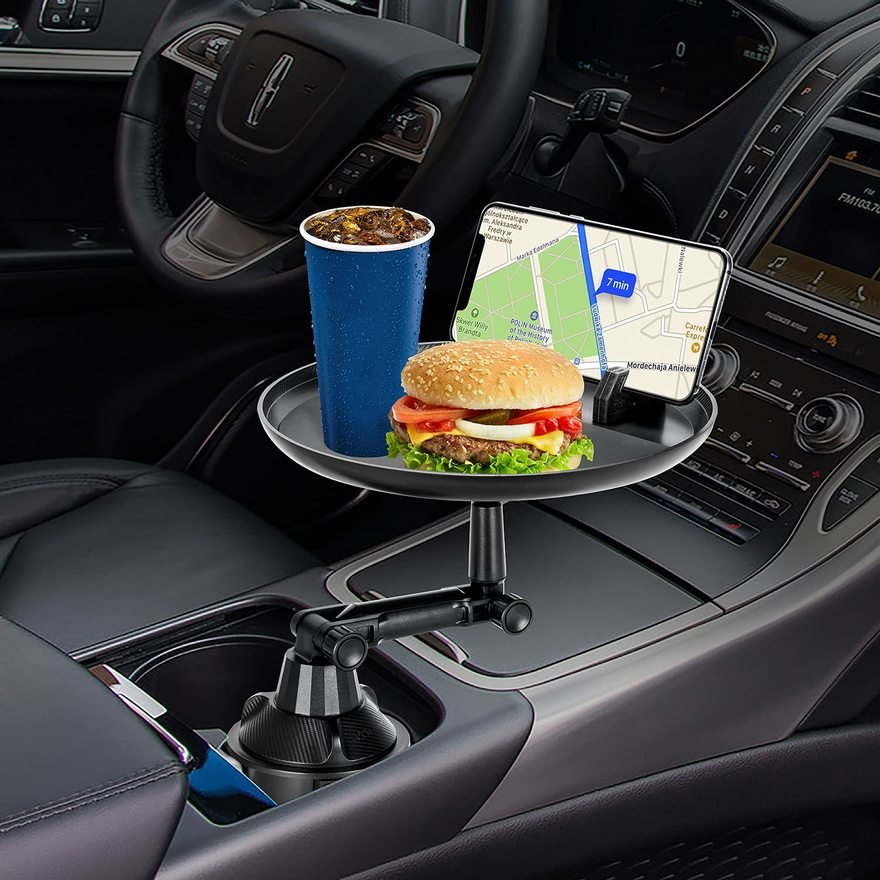 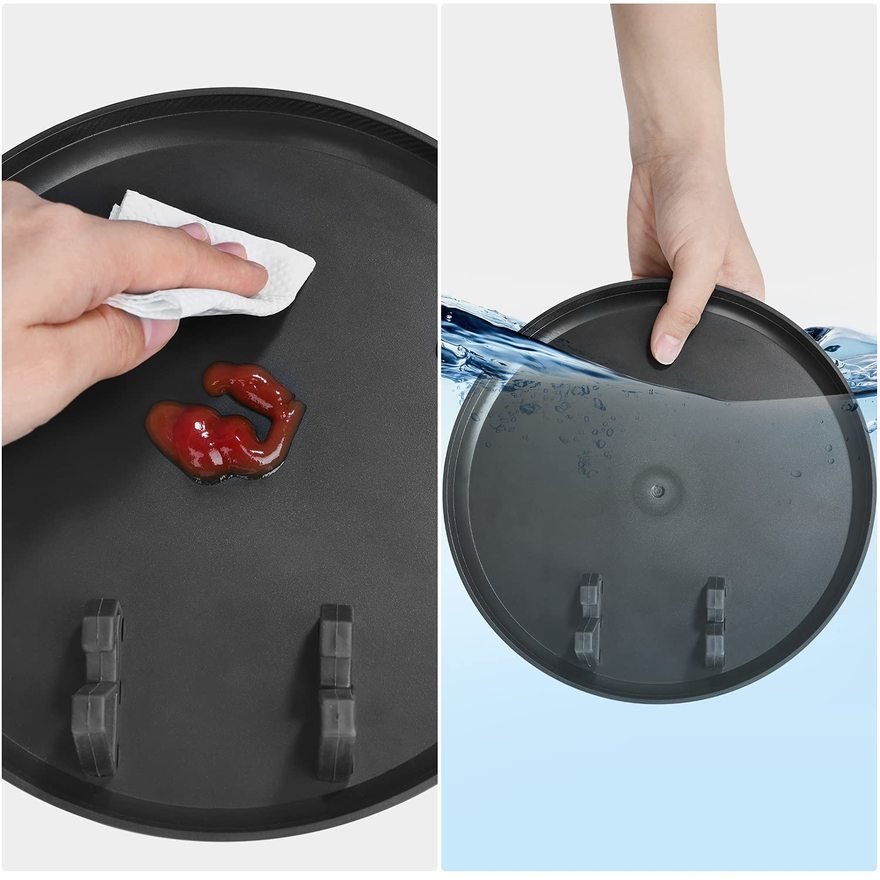 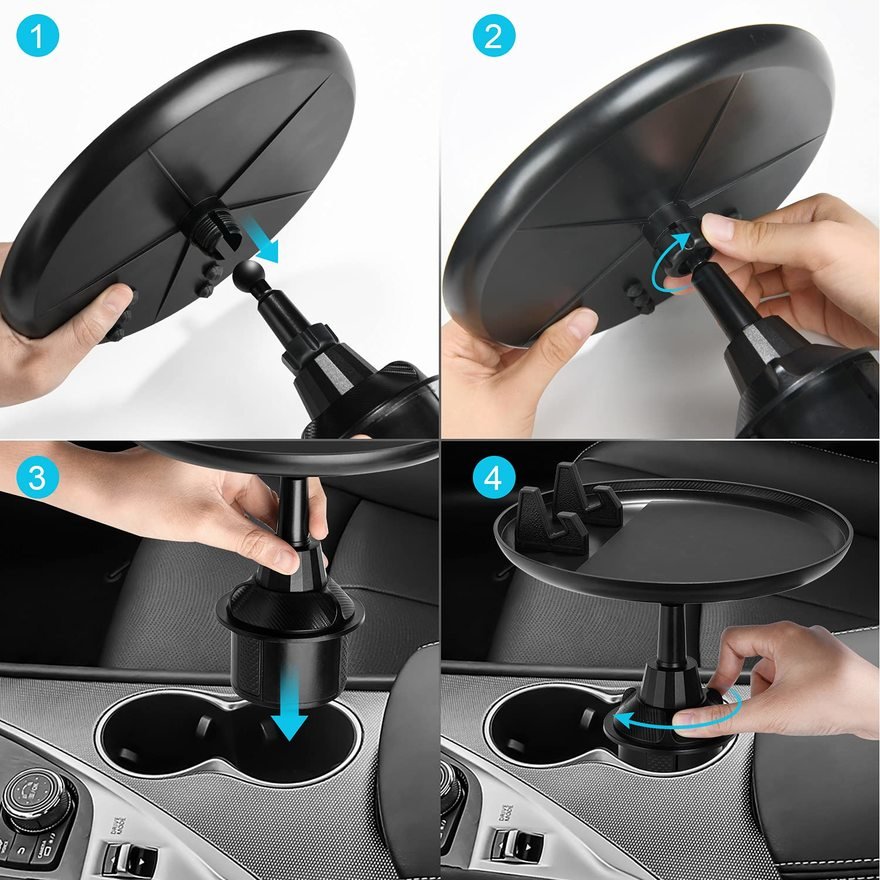 This tray design below seems the most sensible. It plugs into the cupholder while still allowing you to use that space as a cupholder, and offers a second cupholder, and the whole thing pivots so you've got a little more freedom… 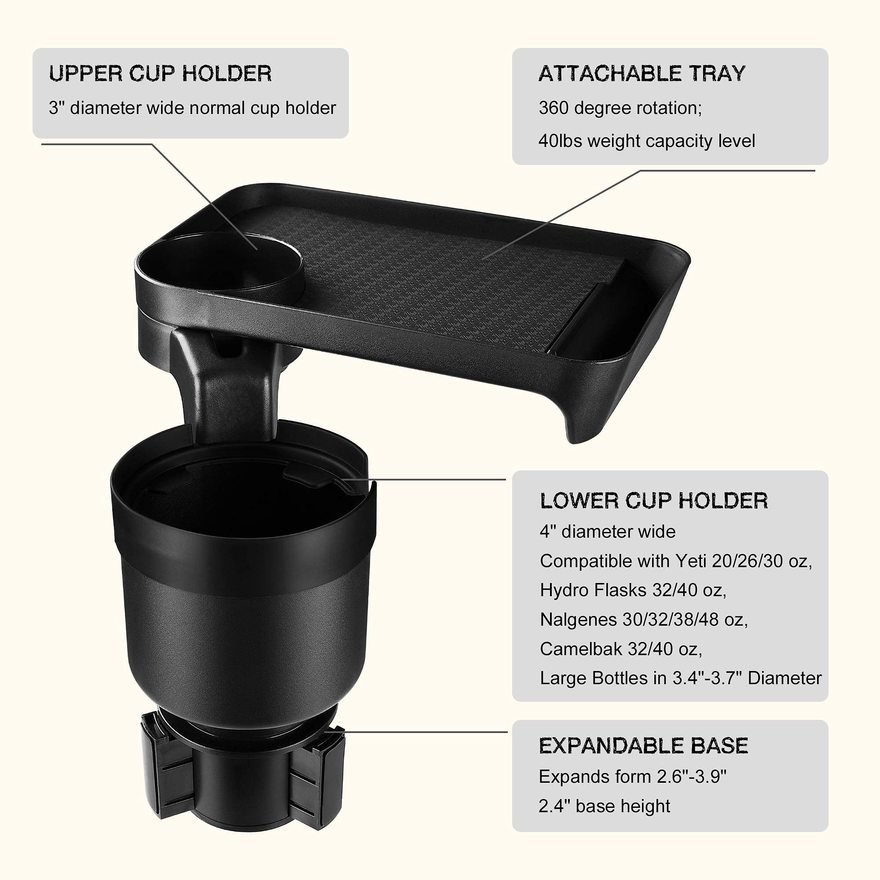 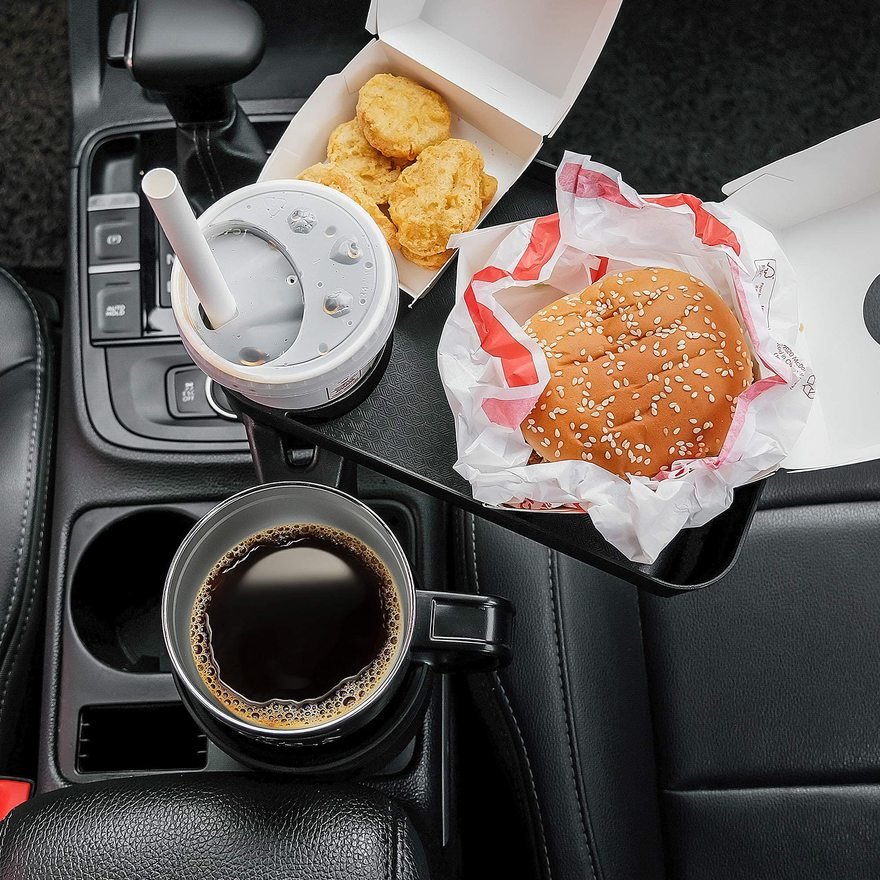 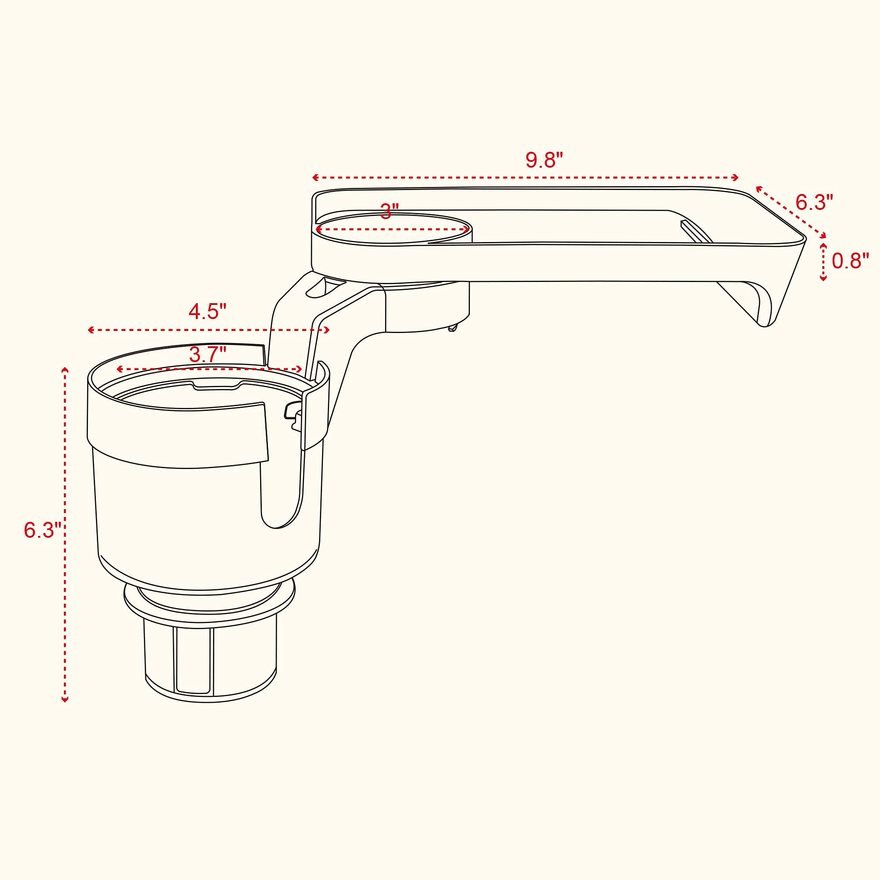 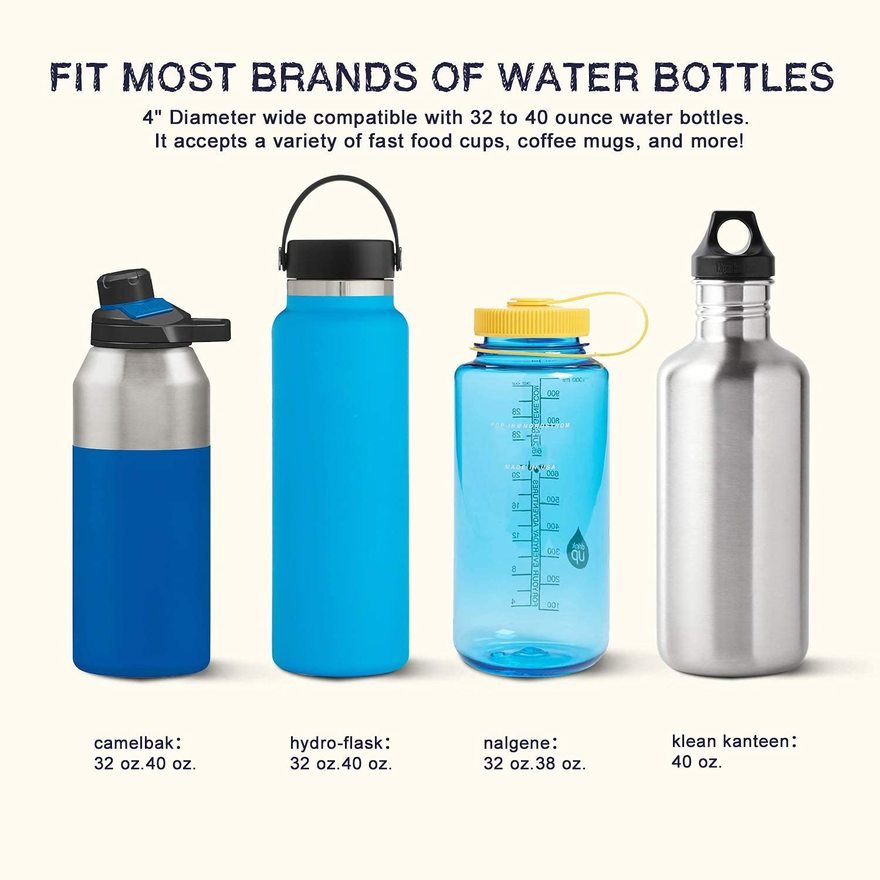 …and you can also pretend it's not for eating off of. 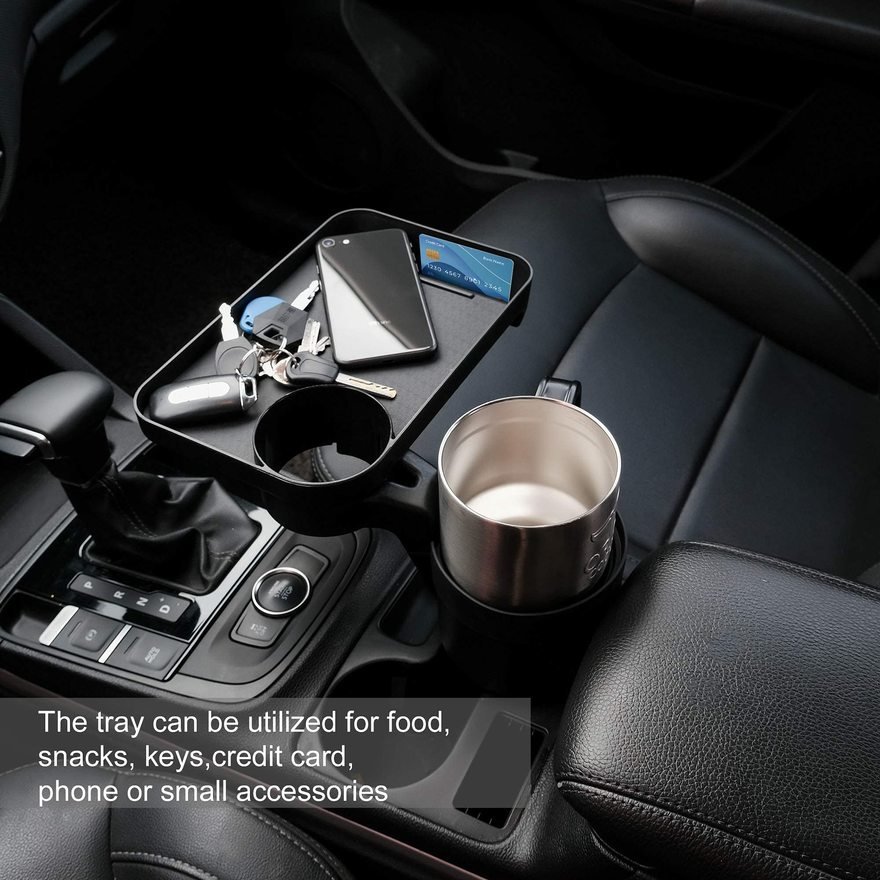 I'll put these objects in the category of "I'm sad they exist, but I see why they exist." 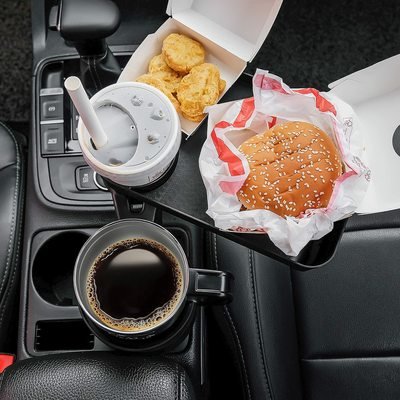 My roommate just called from the kitchen to ask what was wrong because I laughed so hard I gave myself a coughing fit.

I’m so glad the music is what I thought it’d be.

I do that every night when I take my supplements... He likes to sniff the bottles.

everythingfox: Getting nails clipped (via)

my favorite is ennui

This was explained in a wonderful way

I am going to fucking frow up

roboticoperatingbud:literally i love this man so much

one of my celebrity brushes with greatness was "columbo" telling my sculpture class to shut up... He was taking a painting class across the hall.

literally i love this man so much

Pretty sure that they are kaiju -- godzilla is probably just off to the side. 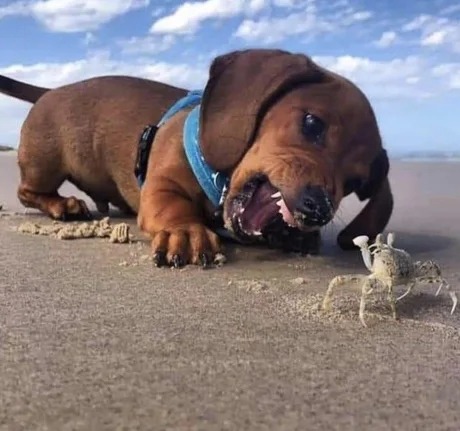 everythingfox:This is a dik dik 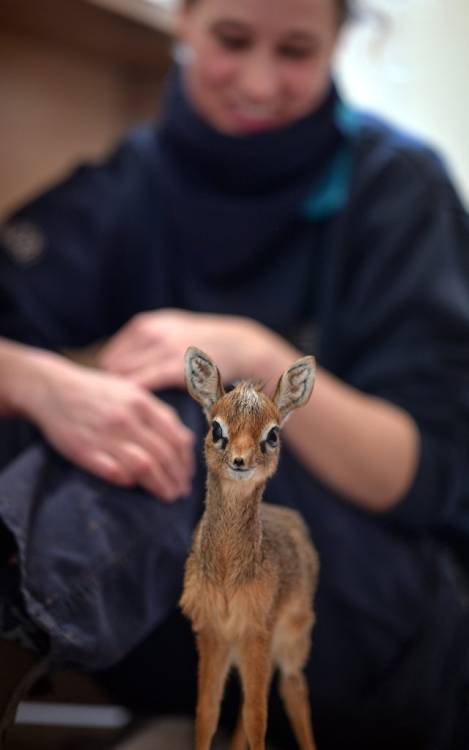 This is a dik dik

poltergeists are just the ghosts of rambunctious housecats

biggest-gaudiest-patronuses: you know what, I...

you know what, I’m not done posting about baby bats!!!

here is a fact for you: rescued baby bats are regularly given little blankets and swaddled up like itty bitty bat burritos! this is a whole Thing

Oh, and sometimes they get tiny pillows!

And they get fed out of teensy baby bottles!

They are even given mini bat pacifiers to nurse on 💕

in conclusion, here is a baby bat yawning:

Stealing a giraffe from the zoo? Only if it's a really cool giraffe.

"What would it take to teach a machine to behave ethically?" A recent paper approached this question by collecting a dataset that they called "Commonsense Norm Bank", from sources like advice columns and internet forums, and then training a machine learning model to judge the morality of a given situation.

There's a demo. It's really interesting.

Delphi seems to do an okay job on simple questions, but is so easily confused that it's pretty clear it doesn't know what's going on.

Adding qualifiers like "if I really want to" will get Delphi to condone all sorts of crimes, including murder.

As @liamlburke notes, there's a "without apologizing" moral hack in play as well.

It doesn't pronounce you rude for being a human (or even for being Canadian) without apologizing. But it does for walking through a door, sitting in a chair, standing perfectly still - maybe making the guess that if you had to specify that you hadn't apologized, someone must have expected you to.

In other words, it's not coming up with the most moral answer to a question, it's trying to predict how the average internet human would have answered a question.

And its predictions are extremely flimsy and often troubling.

Browse through threads of prompts people have tried on Delphi and you'll find it doing things like pronouncing entire religions or countries immoral, or changing its decisions wildly depending on whether people of certain races or nationalities are involved. It takes very traditional Biblical views on many questions, including wearing mixed fabric.

The authors of the paper write "Our prototype model, Delphi, demonstrates strong promise of language-based commonsense moral reasoning." This gives you an idea of how bad all the others have been.

But as Mike Cook puts it, "It’s not even a question of this system being bad or unfinished - there’s no possible “working” version of this."

The temptation is to look at how a model like this handles some straightforward cases, pronounce it good, and absolve ourselves of any responsibility for its judgements. In a research paper Delphi had "up to 92.1% accuracy vetted by humans". Yet it is ridiculously easy to break. Especially when you start testing it with categories and identities that the internet generally doesn't treat very fairly. So many of the AIs that have been released as products haven't been tested like this, and yet some people trust their judgements about who's been cheating on a test, or who to hire.

"The computer said it was okay" is definitely not an excuse.

Become an AI Weirdness supporter to get bonus content: I try out a few more scenarios, like building a killer robo-giraffe, and find out what it would take for Delphi to pronounce them moral. Or become a free AI Weirdness subscriber to get new posts in your inbox!

Laurent’s portrait of women pushed to the edge of society, exploited, and tortured for the sake of progress is uncompromising and fearless. “The Mad Women’s Ball” is a love letter to the power of women, their resilience, and their grit, but also a stark reminder of how far we’ve come and how far we still have to go. In watching the flippant, cold diagnosis and treatments of the women in Salpêtrière, one can’t help but think of how many women today still struggle for adequate diagnoses or the ways in which women’s bodily autonomy in the United States is constantly under attack. With her film, Laurent reminds us to keep pushing back, and to remember we can find strength in each other.

Why do you weaponise our inability to understand the passage of time like this.

Pretty sure this is concept art for GHI Roy Kent

What is something a lot of people get wrong about cats?

cat paws are actually webbed, like a frog’s feet!

you can kinda see it on most cats if you pay super close attention when they stretch, but it’s screamingly obvious on hairless or nearly hairless cat varieties:

and now you know!

PLSSS I LOVE THE ENDING 😭😭😭

i would wash my hands every 10 minutes

THIS IS TOO PRECIOUS PROTECT THIS MAN AT ALL COSTS

For the people asking you can get this hand soap HERE! Enjoy Free Worldwide Shipping!

This is so wholesome and adorable

@al-yen i thought of you immediately <3

should we get this thing home? xD

yay yes! though i believe it’ll actually be you who’ll be covering my whole body with soapy flowers ^_^

I love this so much 🥺

All cats deserve to be spanked -- that's why they like it.

she DEMAND to be Percussed

She’s clearly into it

She MUST be PERCUSSED