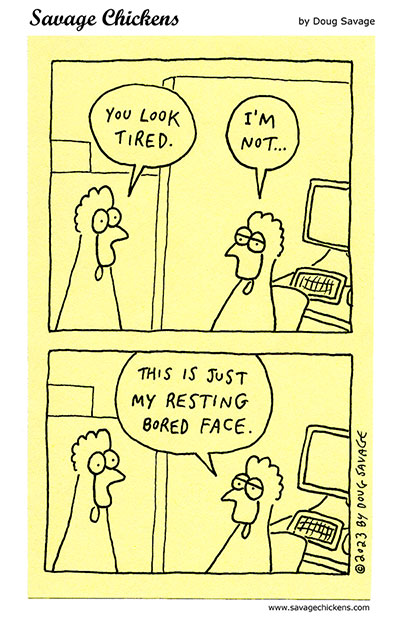 A history of ARM, part 2: Everything starts to come together

The story so far: At the end of the 1980s, Acorn Computers was at a crossroads. A small team, led by Sophie Wilson and Steve Furber, had invented a powerful new computer chip, the Acorn RISC Machine (ARM). Acorn released a new computer line, the Archimedes, that used these ARM chips. But the world wasn’t beating a path to the company's door. (Read part one here.)

From the beginning, it was hard to get anyone to care about this amazing technology. A few months after the first ARM chips had shipped, Acorn Computers' Steve Furber called a tech reporter and tried to get him to cover the story. The reporter replied, “I don’t believe you. If you’d been doing this, I’d have known.” Then he hung up.

As Acorn struggled, Furber tried to imagine how the ARM chip could be spun off into a separate company. But he couldn’t figure out how to make the business model work. “You’d have to sell millions before royalties start paying the bills,” he said in an interview. “We couldn’t imagine selling millions of these things.”

Palette.fm uses a deep-learning model to classify images, which guides its initial guesses for the colors of objects in a photo or illustration. We asked Wallner what kind of back-end technology runs the site, but he didn't go into specifics. "I’ve made a custom AI model that uses the image and text to generate a colorization," Wallner replied. "One model creates the text and the other takes the image and the text to generate the colorization."

After you upload an image, the site's sleek interface provides an estimated caption (description) of what it thinks it sees in the picture. If you don't like any of the preset color filters, you can click the pencil icon to edit the caption yourself, which guides the colorization model using a text prompt.

Once upon a Teams meeting… 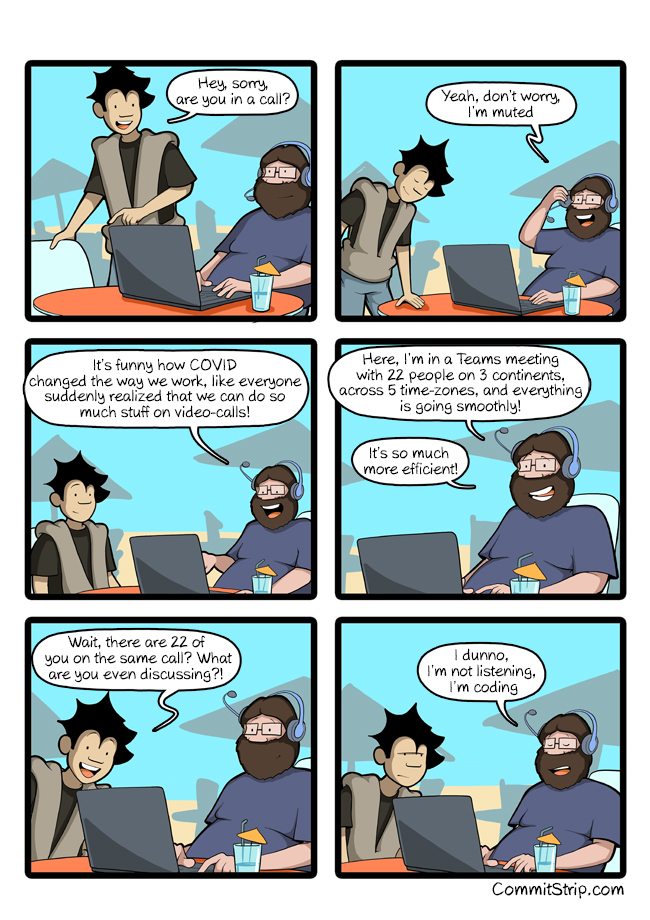 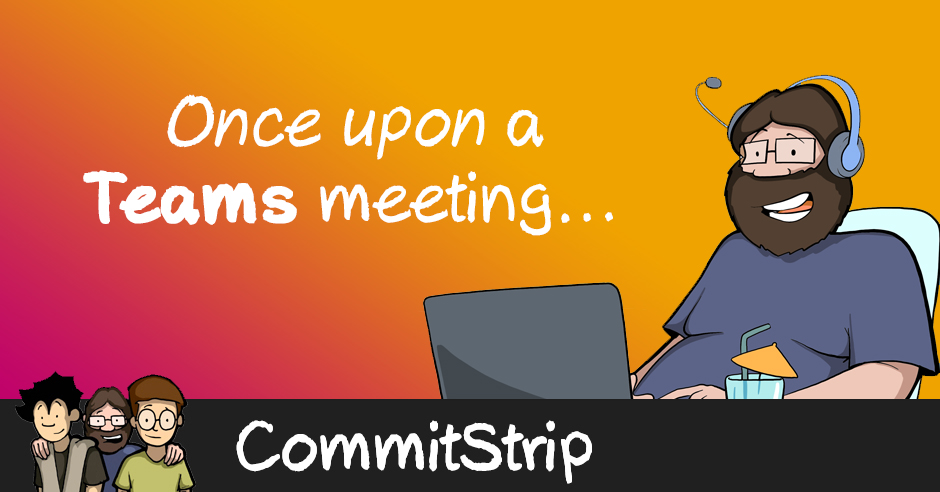 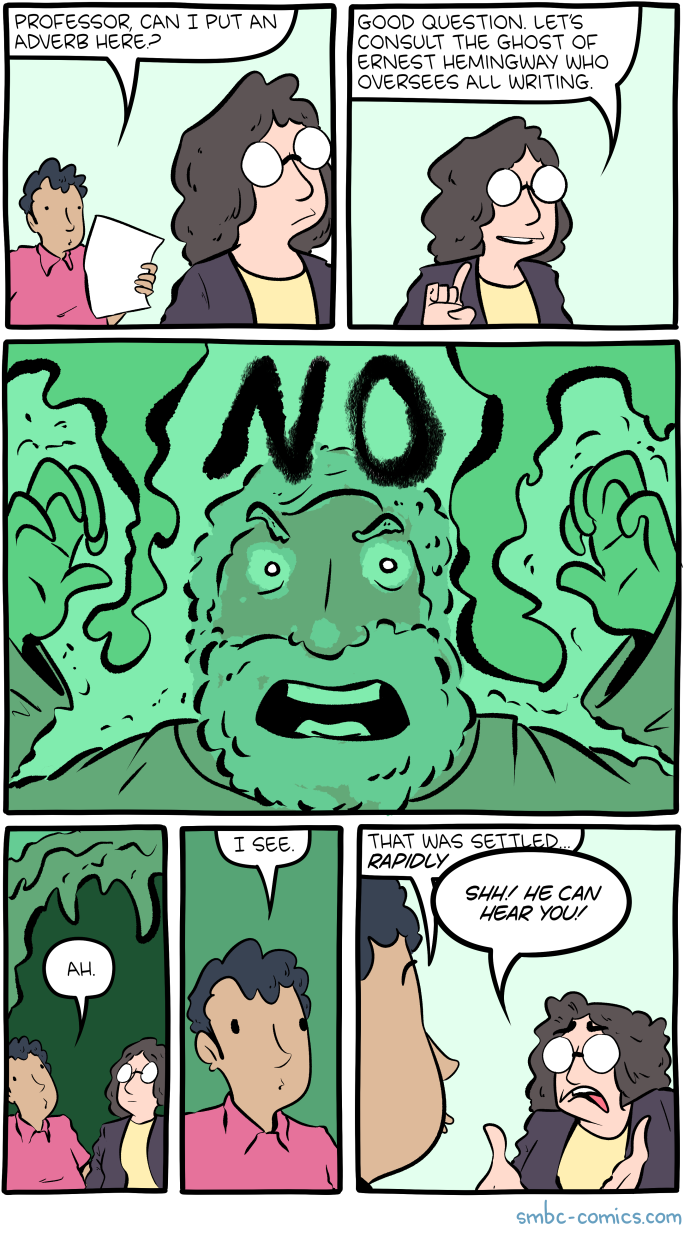 Hovertext:
I worry this is one of those situations where I'm the only person in the room saying 'amIright??' 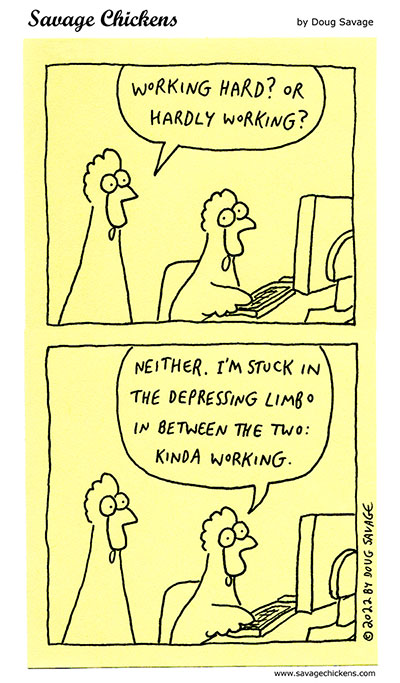 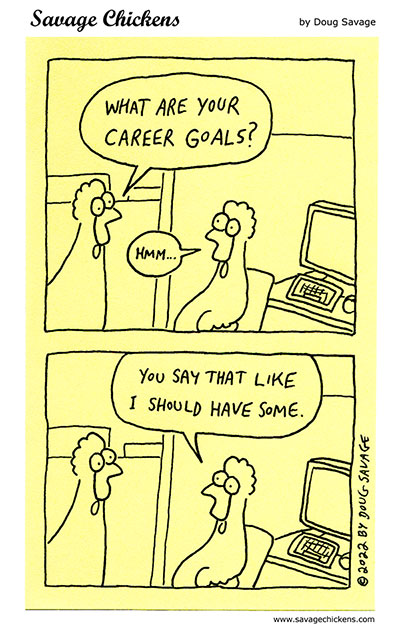 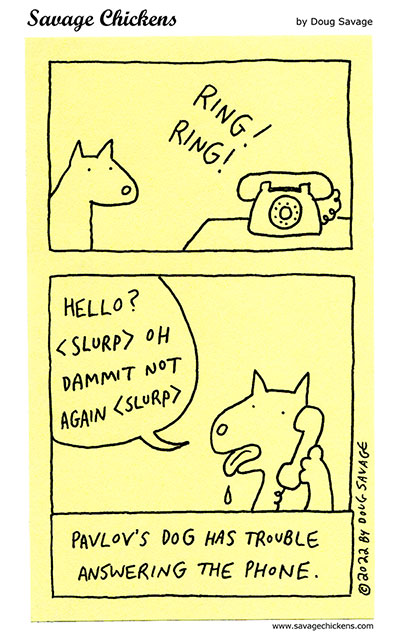 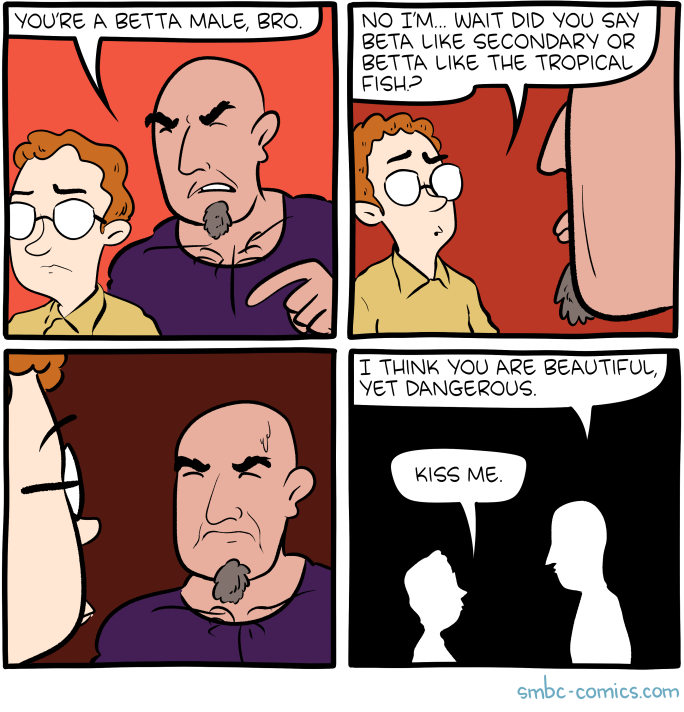 Hovertext:
Come. Join me in this lovely world where it's all just been a misunderstanding.


I have a theory about writers, which is they reach peak expansiveness around age 50 or so. Not necessarily peak quality or peak beauty - peak likeliness to concern themselves with big questions about things like sex, death, meaning, their place in the universe, and so on.

I got to thinking about this reading Jan Morrisâ recent book of published daily reflections, Thinking Again. She wrote it when she was 91 and 92, and it was published in 2020. It is almost entirely trivial, and hardly even reflective. I would say itâs almost startlingly in the moment for someone who anticipates dying at almost any time. Much of it is about that dayâs weather, favorite trees, how she talks to people in the neighborhood, being Welsh, current politics, and so on. Even the subject of her wifeâs dementia - surely a spur to thoughts on the nature of being - is mentioned with something close to dispassion. Almost like a description of the decor of her life. Contrast with her earlier book Condundrum (1974), which is all reflection and deep thoughts on just about everything. Love, beauty, the nature of attachment, ideas of femininity and masculinity, childrearing, depression - everything. In middle age, she is at her most reflective. In old age, her most frivolous.

I wonder why this is. A literary comparison springs to mind - Nevil Shute. Shute is a beloved author of mine, whose entire corpus Iâve read. I find he tracks me theory of middle age expansiveness pretty well. Born in 1899, his early books are horrible 1920s spy thrillers. I canât remember which, but as I recall if you read his books in order, around the third or fourth book thereâs a moment when the mediocre characters in a mediocre plot find themselves sharing a quiet moment poking at some coals in a small fire. After that the books get better. Itâs as if Shute got the thriller stuff out of his system, and was ready to write life as it was. And I find his two best books, Pied Piper and Requiem for a Wren were both written in his 40s and 50s, as was his more famous book On the Beach. Pied Piper is about an old man finding himself in the position of getting a large number of orphaned children to safety in World War II. Requiem for a Wren is complex, but I think of it as being fundamentally about people who were young and vibrant during that war finding that life afterward is unbearably hard and complicated and lonely and purposeless. And On the Beach is proper brooding melancholy about a post-nuclear war world where everyone is dying. But then we get to his very last book, written just past the age of 60, Trustee from the Toolroom, which is a light mildly comedic mystery story, which literally concerns an old man who likes building tiny things.

It occurred to me as I wrote this that I literally cannot think of an author who became more reflective in old age. Some (CS Lewis is perhaps the ultimate example) write essays that donât seem to change in style or tone, whose period in his life are only detectable from biographical knowledge. Some, like Orwell, never get past middle age, and never got properly trivial. EB white, as I recall is talking about world government and the nature of democracy in middle age, but his later essays are more apt to be about dogs and barns and grandchildren.

Iâm about at the beginning of middle age, I suppose, and I donât know why the above should be true. In fact, I donât quite know why I have the stereotype that the elderly should be especially engaged in the Big Questions. I suspect if you want to meet a literary old man whoâs battling these things, you ought to read an old man character written by a 45 year old. The actual old authors I can think of seem to be more in the moment.

I have a guess about why this should be, but itâs only a guess. Letâs take for granted my theory that peak reflectiveness comes with middle age. An interesting correlation is that the statistical peak of misery is around 40 to 50. It varies by country, but my understanding is that in developed countries this finding is pretty robust: peak happiness is around 20, the bottom is around 40, and then ever after, on average, happiness grows, even into very old age. There are different theories on why this should be, but Iâll give three I like.

One is an argument from evolution. Middle age is a time when in our species you are naturally somewhat on the wane, and so you grow more status conscious. Status consciousness being the royal road to immiseration, you soon find yourself writing existentialist literature.

A second idea is about responsibility. From age 0 to 25, at least for many of us, you keep getting more power in life with little added responsibility. You get to vote, to drink, to drive, to go out all night and not tell anyone. Maybe you make a little money, people start to respect your competence, you feel positively adult. But you donât have kids to look after or a mortgage. Your is at its peak. The things that keep you up at night are interesting or sexy - not scary or bleak. But then things reverse - the privileges stay, but few or new ones are added. And meanwhile more and more people come to depend on you just as you begin to fear more for your own health. In short, you become weighed down with worries, and these are not especially offset by the novelties of aging in the way the movement from 18 to 25 was.

A third idea, which Iâm very sympathetic to because I think it better explains the late-in-life uptick, is that this is all just about expectation. You probably expect 30 or 40 or so to be pretty amazing when younger. And then it turns out its quite hectic, and you really donât have anything figured out. Meanwhile you didnât become a movie star or a famous athlete or a sex god or whatever it was. Those years simply cannot live up to the hope you once held. But the recompense is that you expected old age to be miserable, and in fact it isnât. Youâre Jan Morris strolling the Welsh countryside, enjoying accosting young joggers with jokes, having homemade marmalade from the neighbor, watching young people and vicariously feeling their happiness. Objectively your worries are more legitimate and real than 40 years earlier, but you never expected to even by alive this long in the first place. All expectations have been surpassed.

So maybe that explains it. I think the searching that produces good literature, or at least literature dealing with Big Stuff, is often spurred by sadness, or better still by the need to see things as they are while fitting them into a picture that makes sense. This is a kind of cosmic improv game humans inflict on themselves when things are going poorly - take what has happened so far and justify it.

I live on an old farm. Out my office window a white fence follows a road down the slope of a valley where hay is grown. When I am having a good day, the hills are just hills. On a bad day, I require them to explain the universe. Perhaps the older authors simply feel less need, or perhaps just less inclination to make reality cough up a reason.

More Than a Crab 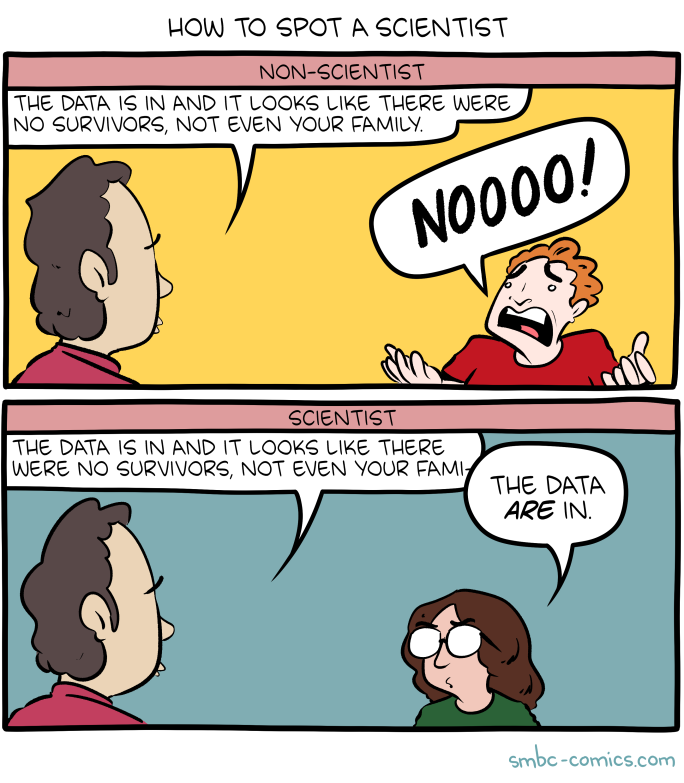 Hovertext:
They are however quite pleased to have their dead family members listened in a spreadsheet. 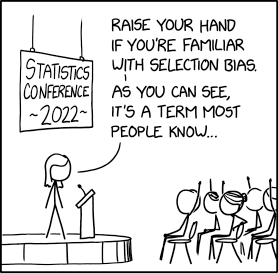 Check Out the Amazing Miniature Dioramas This Japanese Artist Makes 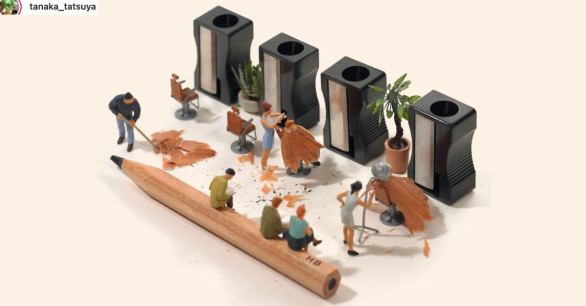 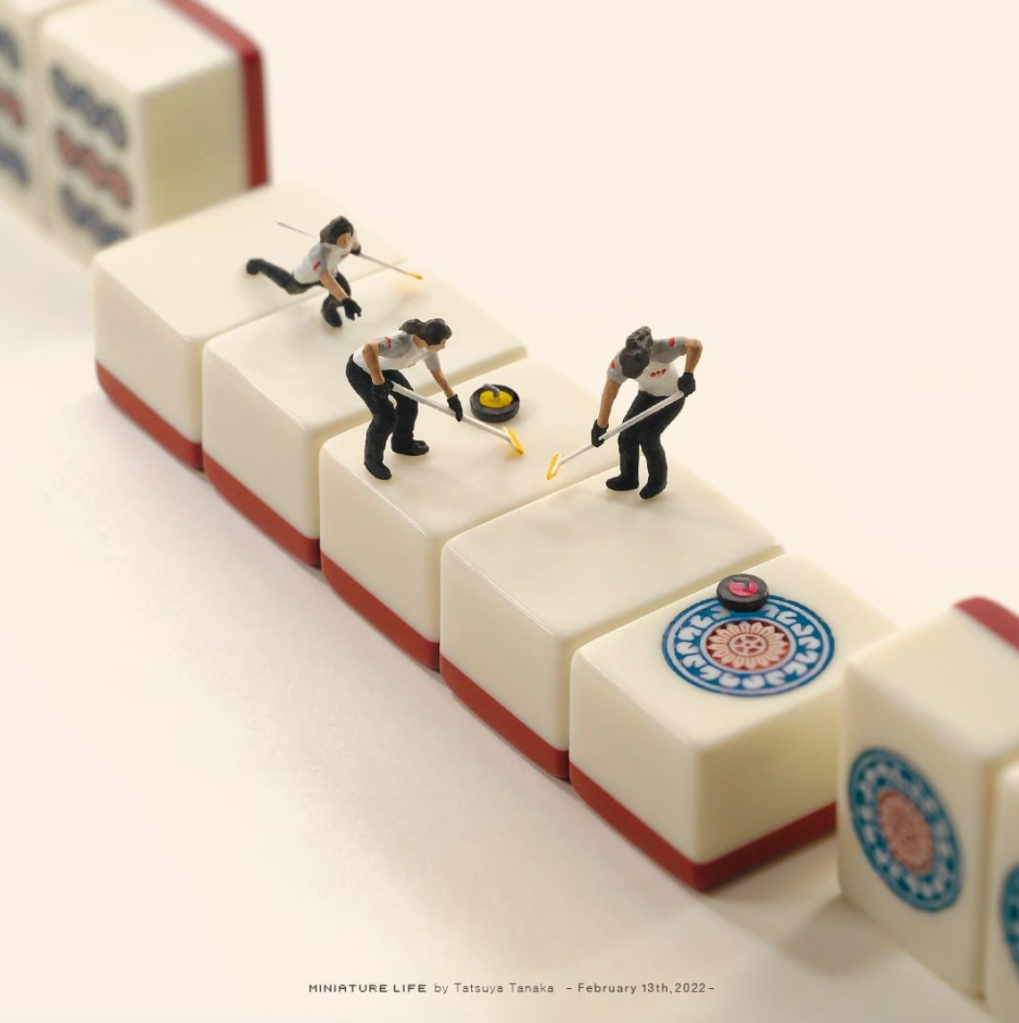 Tatsuya Tanaka is a Japanese artist who specializes in making amazing miniature dioramas that are truly a sight to behold.

Take a look at 10 examples of his great work below. 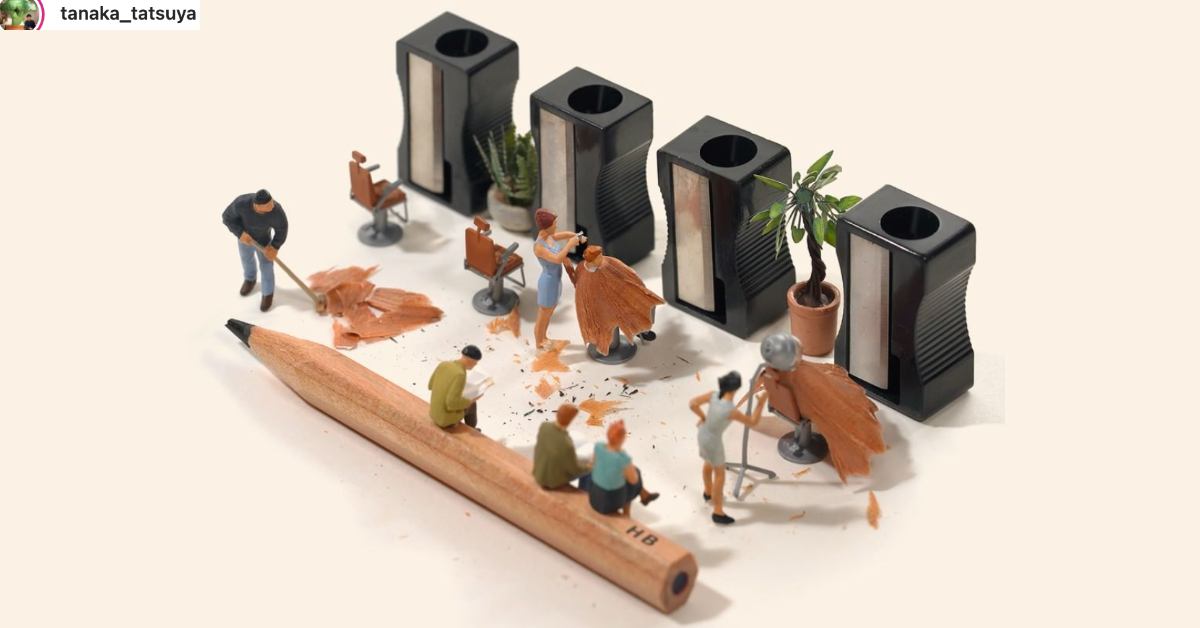 What would you do with this cool DIY haptic knob?

Sometimes you come across a DIY project and immediately start figuring out ways you could use it in your life. That’s what happened to us here at The Verge when someone dropped the SmartKnob View, a proof-of-concept project by engineer Scott Bezek, into our Slack chat. While it doesn’t seem like it’s the type of project most people could go out and build themselves at the moment (more on that later), it’s easy to imagine a future where it’s available as a kit, or where somebody turns it into an actual product.

The smart knob kind of looks like a mini Nest Thermostat, but Bezek’s programmed it to have loads of modes. Of course, it can just act as a spinning dial, but you could also program its motor to provide haptic feedback and...

The most important computer you’ve never heard of

It’s not unusual to hear that a particular military technology has found its way into other applications, which then revolutionized our lives. From the imaging sensors that were refined to fly on spy satellites to advanced aerodynamics used on every modern jetliner, many of these ideas initially sounded like bad science fiction.

So did this one. 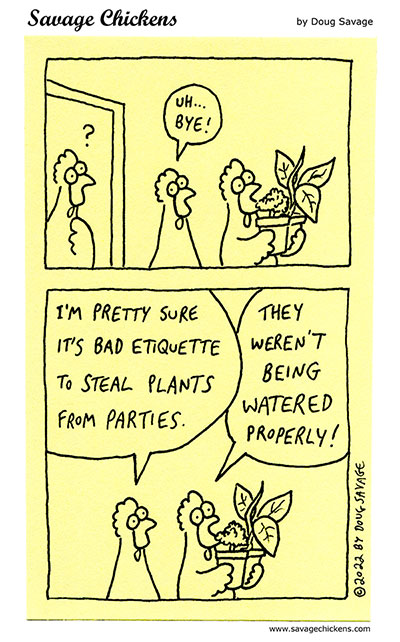 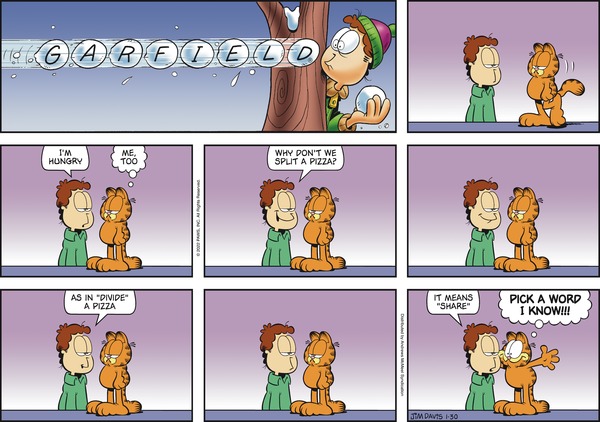 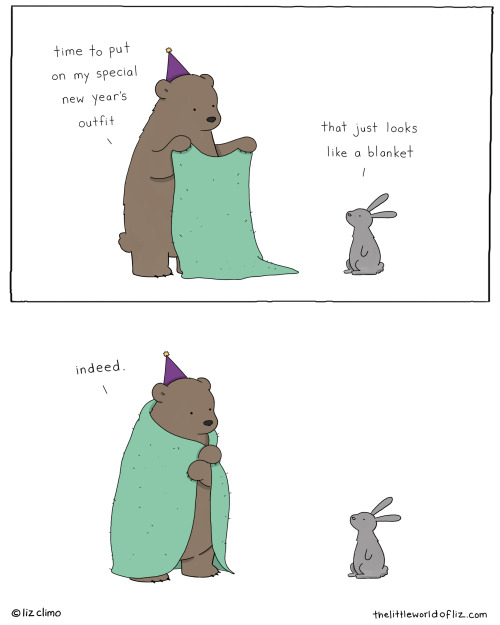 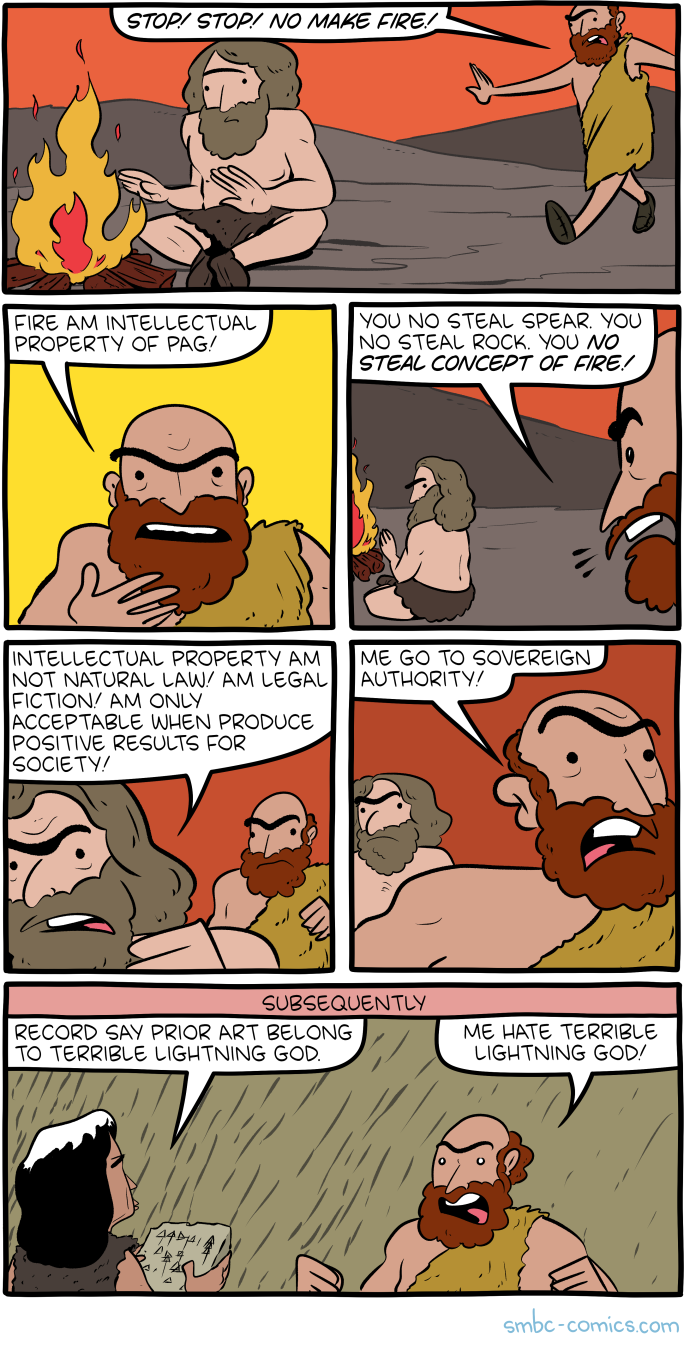 Hovertext:
It later turns out terrible lightning God is a type of troll.